JACKSON – No new ordinances, no old ordinances and some routine resolutions were all part of the most recent Township Council meeting as officials looked ahead to a better new year for the community.

“I look forward to working with my fellow council members and our township professionals,” Councilman Nino Borrelli said. Borrelli was sworn in for his first term on council during the Council’s reorganization meeting on January 7.

He joins Councilmen Steven Chisholm and Martin Flemming on their first full terms on council.

Councilman Chisholm said he was looking forward to a great year “serving the town with all the rest of our officials here and serving the people of Jackson. If anyone has anything they think can be done on behalf of the town or if there is any way you think we can improve what’s going on in Jackson Township we look forward to speaking to you so please don’t hesitate to reach out. Come out to these meetings, get involved and we look forward to working with you,”

“I’d like to talk a little about volunteerism again. The council has put together a great team up here but we still need your help. There are committees and councils that need volunteers. All it takes is filling out an application online on the township website,” Councilman Flemming said.

Council President Andrew Kern said, “That form is the citizen leadership form right on the home page of the website now. I want to congratulate our mayor (Michael Reina) for being inducted into the New Jersey League of Municipalities hall of fame, silver level for being mayor for over 10 years.”

The governing body approved a resolution to submit and accept a $49,500 crash abatement tactics grant from the New Jersey Department of Highway and Traffic Safety.

A contract to OceanFirst Bank for banking services for the town for a one-year period commencing from February 1 through January 31, 2022 was also approved unanimously.

The continuation of an annual lease agreement for space on a communication tower was also approved through another resolution. The agreement involves American Tower in the amount $79,830.74.

Janet Longo was nominated by Councilman Alex Sauickie to fill a vacancy as a member of the Jackson Municipal Utilities Authority. His motion was unanimously approved.

The Council also approved a resolution that involved the decreasing the cost by the Lucas Construction Group for the New Central Avenue improvement project. The contract will decrease the amount by $128,018.31 resulting in adjusted contract price of $770,879.69,

The Ocean County Traffic Signal upgrade program within Jackson involves the installation of backup generators on certain traffic signals. This was also approved during the evening.

A resolution concerning the local engineering safety assistance program to construct a modern traffic roundabout at the intersection of north Hope Chapel Road and New Central Avenue was approved.

Jackson also approved a child restraint program grant along with a shared services agreement with the township and the Ocean County Prosecutor’s Office for the Move Over Law Enforcement program through 2021.

Vehicles in the possession of the Township Police Department were approved to be auctioned off for public sale through another approved resolution.

No members of the public came forward for the night’s public comment period which concluded the meeting. 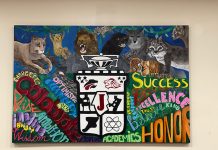