JACKSON – For a dozen years, local residents have honored injured veterans through the Wounded Warrior Parade hosted by the Township and the Central Jersey Rifle and Pistol Club.

Members of the Salvation Army, Township first aid, police and fire departments gathered along with members of various motorcycle clubs for the parade from the Justice Complex.

The cyclists served as escorts and some of the wounded warriors, veterans who live in Jackson and the surrounding area, rode on the emergency vehicles in the parade. The veterans were greeted by many flag waving spectators along the route which moved on to the pistol club’s grounds located on South Stump Tavern Road.

John Scott, the president of the pistol club, welcomed everyone to the club for the day’s activities following the parade. “My family defended this country since the days of the American Revolution so I’m with you today. Have a great day.”

Members of the Jackson Girl Scout Troop 50136 were out in force as the warriors passed, waving American flags and holding up handmade posters along the parade route.

Lisa Combs, a retired Army veteran, was also among the adult Scout leaders present. “My husband was in the Army and my son just joined the Army last November so it is a bit of a family tradition. I come out to this every year as part of the Girl Scouts and I think it is a great thing for the township to do and give back to the veterans.”

“We don’t want this generation to forget what our veterans have done which is why we bring our scouts out here,” Zimmermann said.

Township Mayor Michael Reina helped create the first one, twelve years ago. He was not present this year but in previous years described the veterans honored as “courageous men and women. The freedoms we enjoy as Americans have been purchased and maintained at a high price throughout our history.”

Councilman Alex Sauickie III said this was his third year to attend the event. “It is my first as an elected councilman and it is a great event for a great group of people. Today is all about them and what they’ve done. It is nice to see our residents come out and cheer them on.”

Al Dolce, who has served as liaison between the Wounded Warrior program and the Central Jersey Rifle and Pistol Club, said that around “30 to 40 pistol club members take part, but we have additional volunteers as well. We also have a platoon of Sea Cadets this year who offered to come and assist.

“We are tremendously indebted to the club, and the great support we receive from the members, as well as sports men and women around the state,” Dolce said.

“We invite other organizations to take part, and present what they have to offer the soldiers,” Dolce said. He added that there was an unknown number of riders as many Warriors are reticent to be singled out. I know that when we have asked them to come forward to be recognized at the Club, there are Warriors I know who are hanging back. That is just the way some of them feel.”

Jackson resident Frank Bartolomey came out to join his fellow members of Rolling Thunder #2. “Some people don’t realize the sacrifice that soldiers have made to defend our country. Some soldiers were lucky to be only wounded but still be alive. A lot gave up their lives for our country.”

“We support the POW/MIA (Prisoner of War/Missing In Action) but there should also be a flag for KIA (Killed In Action). Our mayor has been doing this for 10 years now. We have members of the national Rolling Thunder (Motorcycle Club) here as well. We are in full support of our military veterans and helping those in need,” Bartolomey added.

Members of the Jackson Elks Lodge were also among the motorcycle riders.

New Jersey Director for The Salvation Army, Michael Clayton, joined Stan Carr, who heads the volunteers for Southern Regional Salvation Army in manning the canteen truck. Members gave out Danishes, bagels and coffee to the veterans and those supporting the parade and activities at the gun range.

“This is my first time here and it is a great day for it,” Carr said.

“Veterans services are a part of what we do and we join up with OEM (office of emergency management) in communities as part of our other projects. It is a nice way to give back,” Clayton said.

Navy veteran Bill Waple, of Marlboro has been a volunteer with the Salvation Army and the canteen at the event for the last several years. “I’ve been here for the last six or seven years and it is a nice way to honor the veterans.” Waple is also involved in other veteran support programs such as the veterans relay in Cape May and another that will take place at the Holmdel War Memorial in December called “Race Across America.” Waple was also busy taking photos for the Salvation Army website and social media page.

“We honor all branches of military service, and have vets from World War II on. Their families are invited as well, because we know the families also serve and sacrifice. Everyone eats, drinks, and is invited to shoot,” Dolce said.

Also invited to take part at the firing range are the family and friends of the veterans “as well as the members of Jackson’s fire, police, EMS and motorcycle riders,” Dolce said.

“Several local archery clubs sent instructors as well, so we were able to offer the bow and arrow,” Dolce said.

Dolce added that while this was “our signature event, it is only a small part of what we do.  We work with the Warriors all year round, either with some form of assistance or with some type of activity.”

“We try and assist those battling Post Traumatic Stress Disorder (PTSD). The biggest obstacle is getting them out of their room and actually out doing something. It matters less what they are doing, and more that they stay involved and that are out among people doing something,” he said.

Those interested in assisting in supporting the Wounded Warrior or seeking information on how to aid them in getting assistance, benefits or how the Warriors can become involved in activities are urged to reach out to Dolce by e-mailing him at njgunfun@gmail.com 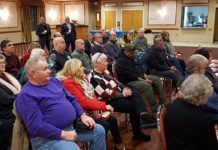 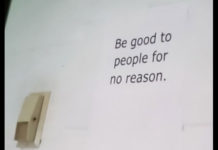 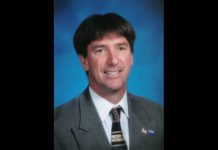 Probe Into Teacher’s Slavery Lesson Concludes No Harm To Students