HOWELL – As we reach the end of the year, let’s take a look back at some of the major happenings in Howell Township over the last 12 months.

January 2018: Howell residents came together in strong opposition to the potential construction of a waste transfer station at 34 Randolph Road.

On Jan. 25, dozens of township residents and even township officials made their voices heard at the Monmouth County Solid Waste Advisory Council’s (SWAC) meeting where the waste transfer station was discussed.

The application for the site was made by Resource Engineering, LLC, initially proposed in 2015. The proposal was for the construction of a Recycling Transfer Station that would be the turnover site for sorting out and recycling solid waste in the form of construction and demolition debris. The site is currently home to the Wood Recycling Facility.

In addition to the construction, there would also be construction upgrades made to the intersection of Randolph Road and County Route 547 as part of the proposal.

Residents at the meeting harbored concerns that revolved around the traffic changes and the possibility of water contamination, among others.

Some residents, such as Michael Bateman, took action into their own hands. Bateman started a community organization called Stop the Dump in Howell.

At the time of the SWAC meeting, more public input was needed to continue the application process. With such a strong opposing stance to the project, residents hoped that the Monmouth County Board of Chosen Freeholders would shoot the project down. However, the chance never presented itself.

A Freeholders meeting was scheduled for February 22, 2018, when the board would review the application and information provided at the Jan. 25 meeting. This meeting was cancelled and never rescheduled.

According to Geoffrey S. Perselay, Deputy County Administrator, “The Board, in September, approved the hiring of an independent Traffic Engineer to study the proposed facility and its projected impact on the surrounding community as well as the overall impact on the traffic patterns in the County. That study has been delayed due to the damage to County Bridge HL-59 which has impacted the traffic on Ramstown-Greenville Road, thereby impacting any traffic study which would reflect the traffic patterns under normal circumstances. It is expected that the study will begin in late January or early February depending on weather conditions.”

Howell’s homeless encampment, Destiny’s Bridge, has made the news frequently throughout the past year, from donation drives to relocation.

Many proponents for the camp, including camp leader Minister Steve Brigham, went to the township with concerns over the sale of the land. While residents and proponents of the encampment thanked the council for the use of the land, they also urged them to work collaboratively with the homeless community to find other temporary solutions.

In July 2018, the council then approved the sale of the property to Dr. Richard Roberts’ for his bid of $1,603,000 for the land. Roberts also owns the land adjacent to this property.

With the sale, the 12 residents at the camp had to relocate days before Christmas.

The previous building was in desperate need of upgrades, as it had no floors, heating, or lighting. According to former mayor William Gotto, it was primarily a storage space that needed a lot of renovation.

In the works for many years, township officials were happy to see the annex rebuilt. In 2015, the township finally received the funding to finish the project and, in 2017, a contractor was hired to complete the construction and renovation on the building. All in all, the project cost the township approximately $500,000.

The building is now home to a combination of EMS and OEM services, providing a much more central location for EMS.

At the time of the groundbreaking, the site was just 11,500 square feet of dirt, buildings, parking lots and concrete. Once the site is complete, it hopes to be a fully functioning homeless shelter by July of 2019. The center will offer temporary housing, counseling, and mental health services to its residents to help them get back on their feet.

Located on the corner of Courier Avenue and Murphy Drive within the bounds of Fort Monmouth, the new shelter is a huge step forward for the county in terms of rebuilding after the previous emergency homeless shelter was taken down by Superstorm Sandy six years ago.

The property for the shelter was provided to the county by the Fort Monmouth Economic Revitalization Authority (FMERA).

A portion of Interstate 195 that runs through Howell Township was officially designated as “State Trooper Marc K. Castellano Memorial Highway.” Gov. Murphy signed the bill, A3749, into law on July 26.

The portion of the highway is named for Marc Castellano, Howell resident and State Trooper who was killed in the line of duty on June 7, 2010. Castellano served on the Tactical Patrol Unit of the state police. He tragically lost his life one day when he was struck by a motorist on Route 195 near Exit 31 in Howell.

“Committed to the service of others, Marc perfectly exemplified our New Jersey values; he was courageous, selfless and a true patriot,” stated Governor Murphy. “The loss of Trooper Castellano is yet another reminder of the bravery our law enforcement officers demonstrate each and every day, and this commemoration will ensure that Trooper Castellano’s sacrifice to give his life while protecting the public will never be forgotten.”

Castellano was well-respected and loved by his peers, and this dedication will serve as a reminder of his efforts as a local hero of Howell.

“Although Marc was tragically killed in the performance of his duties and will never be forgotten, now there is a permanent tribute to honor and remember his sacrifice,” said Colonel Patrick Callahan of the New Jersey State Police.

The end of 2018 also marks the end of Deputy Mayor Robert Nicastro and Councilwoman Pauline Smith’s terms on the township council. Neither Nicastro nor Smith ran for reelection and have decided to take their next steps alongside their families.

After eight years in local politics, Nicastro is willingly stepping down to spend more time with his family as a self-proclaimed “empty nester” with his kids in college. He called now the “right time to downsize and take some time to embark and embrace the next chapter of my life.”

Although we won’t be seeing Nicastro on the dais much longer, he plans to stay active in local politics and community service in the township.

Councilwoman Smith is also stepping down for personal reasons. Having spent much of her time in the hospital and rehabilitation since August, she has decided her time on the council is up and it is now time for her to take care of herself and her husband.

Smith has spent the last 25 years serving Howell in some way, whether it was on the council, the planning board, or both simultaneously. 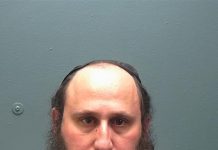