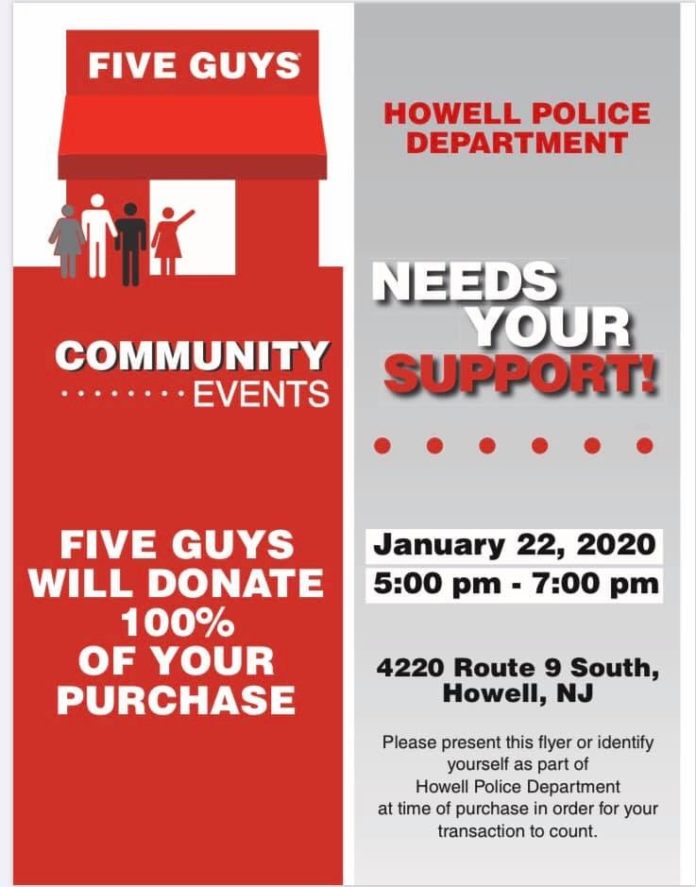 HOWELL – The owners of the township’s Five Guys restaurant on Rt. 9, took swift action and fired an employee who made derogatory comments about members of the community’s police department on the night of Jan. 17.

Steve Gilmartin, one of the owners of the restaurant said following reports on social media that appeared on Jan. 17 following the incident, that actions were taken to “make this horrible situation right and confirmed zero tolerance for this action and their sincere support of law enforcement and all they do.”

Gilmartin said on Jan. 17 that one of his employees “insulted members of the Howell Township Police Department when they came in to dine this evening. The employee in question was terminated immediately as Five Guys has a zero tolerance policy for such situations.”  “our franchise and the owners are all staunch supporters of law enforcement and have held functions in support of both local police as well as the New Jersey State Police.”

“I would like to take this opportunity to publicly apologize to both the Howell Police Department as well as the people of Howell for this occurrence. To say I was shocked and embarrassed by this would be a gross understatement,” Gilmartin said.

The incident made for an active thread on the Howell Happenings NJ Facebook page  Gilmartin met with Howell Police Chief Andrew Kudrick the next morning to ease concerns and to let the department know the “extent of our commitment to both Howell Township as well as their very capable police force,” Gilmartin said.  During that discussion Kudrick confirmed the 17-year-old employee  responsible for initiating the incident had been terminated. The employee reportedly referred to police as “piggies” in the presence of five uniformed officers that evening.  The officers were ordering their food at the time when one of the employee made the insulting remark about police.

New Jersey State PBA President Patrick Colligan saw no humor in the incident and demanded an apology from Five Guys. “Our officers put their lives on the line daily and to be disrespected when simply getting a meal is outrageous. We demand an apology,” Colligan said in a statement. He was made aware that the teenager had been fired.  Five Guys initiated a fundraiser on Jan. 18 to help dispel the negative attention of the incident involving a 100% donation of food purchased between 5 to 7 p.m. on Jan. 22 at the restaurant located at 4220 Route 9.

Further word from Chief Kudrick is expected concerning the incident and the efforts to rectify the situation by Five Guys management. 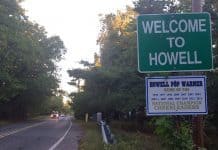