HOWELL – An Election Day ballot question by the Freehold Regional High School District will ask voters to decide on a proposal called Ensuring Excellence. If approved, it would provide improvements to the township’s high school.

The proposal recommends reinvestment in FRHSD schools without raising property taxes for residents.

The $42 million plan will be put before voters on the Nov. 5. ballot as three separate ballot questions. In order for question two and/or question three to pass, voters must approve the first question.

Sampson said existing debt will expire at the end of the 2019-2020 fiscal year. If the referendum passes, the district will utilize funds from this expiring debt to reinvest into its facilities.

This means FRHSD can provide added infrastructure and improvements to schools without increasing taxpayer burden.

The high school would also see the replacement of end-of-life roof sections, paving for areas in critical need and full reconstruction of existing tennis courts.

Should question two also pass, Howell High School would also see the creation of flexible STEM spaces that permit varied individual and group activities. The lab environment will allow teachers to lead students through the engineering process, from research and design to fabrication to assembly and testing.

Sampson added that if approved by voters, FRHSD will receive aid from the state towards the projects in the proposal. The state will pick up 24% of the total ensuing debt only if the referendum passes.

Should the proposal fail at the polls, the district will not receive this aid to pay for these projects.

State aid will cover 1/3 of the total cost of Question 1 and due to the expiring debt, all of these projects can be achieved with no negative impact to taxpayers according to district officials.

Howell Board of Education President Mark A. Bonjavanni said the Board had not discussed the referendum issue on the ballot at its recent board meetings.

“We have had representatives from the Regional District speak at a few of our events and I am not sure that the Board will take a position pro or con. We certainly recognize the importance of everyone learning about all of the pieces.”

The projects proposed in the three ballot questions include:

Sampson added that “residents can visit the FRHSD: Ensuring Excellence section of our website, frhsd.com. Residents can also sign up for the district’s newsletter through the website to receive emails regarding important district topics.” 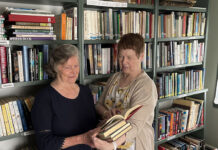 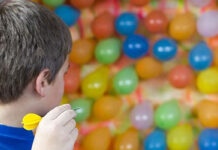 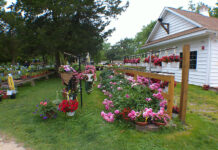