HOWELL – The Mayor and Council heard the complex case of a property owner who is seeking to be utilize their land after years of conflict.

“A large portion of my property was illegally taken by the township and now 10 years later after multiple communications with the town acknowledging their wrong doing this issue has not been fixed. I am still without the ability to use the property which I have been left paying taxes on,” Bondarew said.

She asked, “who is ultimately responsible for the lack of follow through, who has allowed this level of incompetence to continue for more than 10 years? I am in the process of installing a pool and would like to know the exact date this will be fixed so construction can begin and who is taking ownership and accountability today to ensure that this gets fixed.”

“Starting tomorrow I want a daily e-mail concerning the progress of this by whomever is taking ownership of the issue,” Bondarew demanded.

Township Attorney Joseph Clark reviewed the history of the issue saying, “Years ago the township had an ordinance that set up 300-foot conservation easements in certain areas. The Bondarews owned a piece of property where that was done.”

Clark added, “the ordinance was challenged in court by two separate parties and each of them won. The Bondarews were not one of those parties so the ordinance was amended and at the time then because the ordinance no longer existed, they wanted to adjust the size of the easement and understandably so.”

“The mindset of the township is that they might have to go to court because when it is a conservation easement or an easement that is for the public good, typically you go into chancellery court. You sue the town and then the court will appoint an attorney to represent the public good,” Clark said.

“That is one option and it is extremely expensive,” Clark said.

In his legal research Clark said he found a case that showed that if the public good is not specifically mentioned in the easement then there is a little more “wiggle room and instead of going to court you can go to the planning board.”

Clark felt the Planning Board might be able to redraw the easement boundary because the case in question did not include the words “public good.”

“My interpretation of it was maybe they don’t have to go to court and the time and expense,” he said. In May of 2018 he communicated this to the Bondarews’ attorney and advised them to make an application with the Planning Board. But the couple did not make an application.

“Because we had opened Green Acres grants and conservation easements were created and the DEP (Department of Environmental Protection) considered them ROSIs (Recreational Open Space Inventory). What this means is that in order to pull acreage off the ROSI we’d have to go through a complex diversion process,” Clark explained.

This would mean applying to the DEP and the State for approval and not necessarily getting approval. “It is very infrequent that this happens and if it was to happen we would have to essentially swap inland at a ratio of, say we were to pull an acre out we would have to designate anywhere to two up to 40 acres of township property as going on the ROSI to substitute for that,” Clark said.

Clark said that was because the Bondarews hadn’t gone to the planning board to have the easement boundary lines adjusted at the time he reached out to their attorney.

“Now we have an issue. It won’t be as easy as going to the planning board because they would have to go through the diversion process,” Clark added.

Clark said that the situation went to Trenton in February before representatives of the DEP Green Acres program.

He added the township had heard back from Jessica Patterson of the DEP who said she would reach out to her agency’s inhouse attorneys to see what the status of it was.

“We are hoping that the DEP will allow us to forgo the diversion process and simply have the Bondarews go to the planning board which they didn’t do in 2018 and avoid a lot of headaches and costs.” 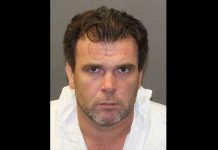