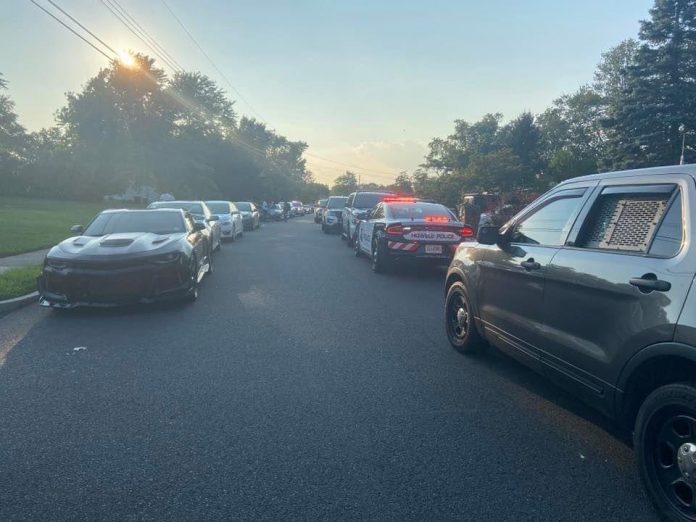 HOWELL – Township police with mutual aid from Wall, Brick, Jackson and Freehold along with Monmouth and Ocean County Sheriff’s and State Police responded to the scene of a large “pop up” party on Aug. 9.

The event drew around 300 people and most were compliant while some were hesitant and were directing their anger towards the host who charged them for attending the gathering at Wilson Drive in the Ramtown section of the township.

The road leading to Wilson Drive had to be blocked by police to prevent the steady flow of vehicles attempting to attend.

Only residents were allowed into the vicinity.

The host who has not yet been identified was arrested and the investigation is continuing.

There were reports of stragglers urinating on people’s property and vehicles and it was reported that most who attended the event were not local to the area.

More details will be coming from authorities and we will continue to keep you up to date on this issue.

Police Said They Nabbed Motorcyclist Who Fled At 95 MPH