HOWELL – Police Chief Andrew Kudrick recently issued a memo to the members of his department regarding the most recent executive order, regarding the COVID-19 protocols stating only the most egregious violations will be responded to.

Governor Phil Murphy’s executive orders addresses an uptick in coronavirus cases throughout the state and country and focuses on gatherings and protocols. Township Police will rely on the community to be responsible for their own actions withut enforcement intervention as they have done in the past.

Chief Kudrick said that officers would of course respond to any egregious violations such as packed house parties. He asked that everyone plan their gatherings carefully during the Thanksgiving holiday and upcoming weeks and to show respect to each other and the department during this difficult time for many residents and businesses.

His memo stated that “our community is hurting. We have seen an increase in mental health issues. People are depressed and stressed. Businesses are trying to survive. Some have already closed. The holidays and social gatherings bring family and friends together.”

“The latest order restricts the number of persons permitted within households and restaurants. From the beginning of this pandemic; we have relied upon our community to be responsible by limiting exposure and spread of this virus. This will continue without our enforcement intervention,” Kudrick stated in his memo.

The chief clarified that this was not in defiance of the governor’s orders “as I do believe we all have to do our part to end this pandemic. However, we the police will not be used to carry out orders, I feel are detrimental to our relationship with our community or will put officers in a no-win predicament such as being called for social distancing or mask complaint.”

He added, “although justified in our enforcement, the perception will be the opposite and majority support will be lacking. We will not accept nor respond to any report of a facial covering/mask, social distancing, or indoor/outdoor gathering complaint.”

Chief Kudrick said the only time that officers would consider responding would be for an “egregious violation such as a packed house party. If these restrictions are exempt for political purposes, then family and friends should be permitted to gather with equal consideration.”

“By this directive, I give our telecommunicators broad discretion in assigning a response to a complaint. This directive does not restrict an officer from addressing an egregious complaint if observed,” the memo that was posted to local social media stated.

Howell Township was recently noted as one of the safest cities in New Jersey according to business insurance resource AdvisorSmith. The township ranked fifth on their annual list of the Safest Cities in the state through use of reported crime date from the FBI’s Uniform Crime Reporting Dataset that analyzes looks at violent and property crimes from large, midsize and small cities.

The township’s crime score totaled at 15.6% which was much lower than the state average of 41 for similar large sized communities. 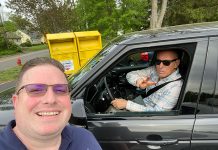 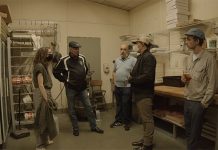 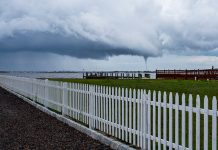