NEW JERSEY – As the five year anniversary of Superstorm Sandy nears, a program designed to help rebuild and repair homes that were damaged by the storm is wrapping up.

Banks across the state joined the New Jersey Bankers Association’s Bankers Build program, a five-year, summer-long commitment that worked with Coastal Habitat for Humanity to complete new construction and “Aging in Place” and “A Brush with Kindness” projects.

The efforts of around 900 bank volunteers who donated over 6,800 hours of their time and raised more than $70,000 to help repair, rebuild and restore houses along the shore has allowed 50 families to move back into their homes.

A total of 70 projects were completed, including the home of an 87-year-old Manasquan resident who was displaced when water from Superstorm Sandy flooded her house. Volunteers repaired her home and the bank bought her new appliances and bedding.

Banks that participated in the Bankers Build program also donated $100 to each volunteer to go toward buying building materials.

Michael P. Affuso, EVP/Director of Government Relations of NJBankers, coordinated the Bankers Build effort, saying, “New Jersey bankers are committed to the communities they serve. For these bank participants and volunteers, it was important to help shore residents return to their homes.”

“To be the recipients of so much time, energy, good will and financial support was beyond my wild imaginings. NJBankers had an incredible impact on the recovery of Southern Monmouth County from Superstorm Sandy. Coastal Habitat for Humanity would not have been able to assist so many families without NJBankers,” said Mulligan. 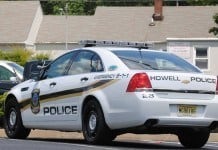