HOWELL – After watching the recent devastation from Hurricanes Irma and Maria unfold in Puerto Rico, a class of 5th graders at Newbury School decided that folding might make all the difference in the world for those in need.

Teacher Lisa Oliver said her Project GOAL class approached her wanting to do something for Puerto Ricans affected by the storm, and shortly after, they researched a charity, set a $500 fundraising goal and developed a business plan.

Students chose the charity United for Puerto Rico to deposit their funds, which was founded by Puerto Rico’s First Lady Beatriz Rosselló in light of Hurricanes Irma and Maria. The charity has received over 55,000 donations so far and has been able to deliver over 15,000 bottles of water, 2,700 items of clothing, 2,100 units of milk, 1,300 hygiene kits and 1,275 cans of vegetables to people in over 75 municipalities.

The Howell 5th graders wanted to create a plan that would drive in the most profit without spending a lot of money on materials. Two students, Alex Garyaev and Ewan Coppola, had been making origami since the first day of school, so the idea quickly emerged to sell it as a way to raise money for Puerto Rico.

Students soon started making custom origami pieces at their houses over the weekend and in their spare time.

“It was hard to get enough origami, but success was in the details. We worked really hard and created pieces good enough to sell,” said Ewan.

“Without the class, it would have been impossible to complete the project. We all had to work together,” added Alex.

Lisa D’Aiuto and Isabella Cardillo came up with an idea to add hair clips to the origami and created them, too. Students even got their art teacher Donna Gaszynski on board to help make custom origami earrings.

“The project was cool because we were all able to express ourselves through origami. I never took an interest in it before and now I love it!” said Lisa.

Students took to the lunch room with their proud creations of origami stars, necklaces and hair clips. Their peers and teachers could buy single pieces, or 2 for $5 baskets of origami.

Their starting goal was to earn $500 for United for Puerto Rico. After just two days, they blew past that and readjusted the goal to $700, and then $1,000. After a week, the class raised a whopping $1,372 to help Puerto Ricans in need.

“The best lesson I can teach my students is that they can make a difference,” said Mrs. Oliver. “I consider this project a success because I believe they learned that lesson and had a great time doing it!”

Mrs. Oliver has always taught her students that part of their work in the classroom is to leave a “footprint” on others, and clearly, they were listening. 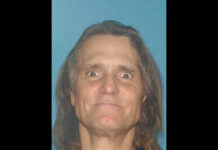 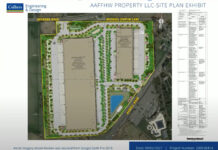