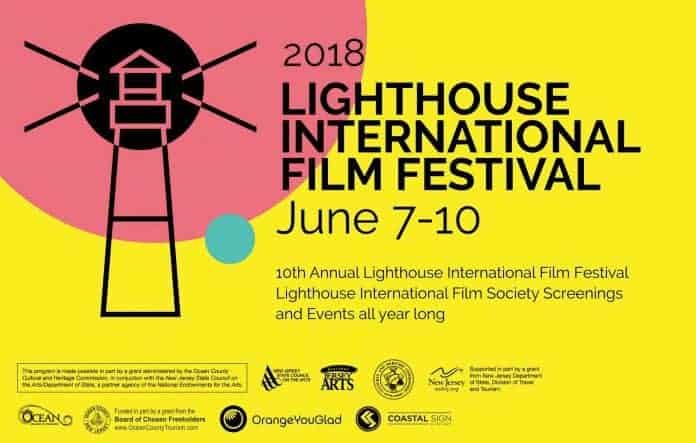 LONG BEACH ISLAND – Celebrating its 10th anniversary this year, The Lighthouse International Film Festival (LIFF) is now accepting film submissions! From June 7-10, 2018, the internationally recognized LIFF will be bringing together filmmakers, industry professionals, and avid film fans to enjoy the modern storytelling of cinema in the relaxing beach environment of LBI.

The LIFF screenings will include Question and Answer sessions. Industry breakfast events and filmmaker attendance at the film screenings helps to encourage networking as well. One of the goals of the festival is for filmmakers to engage in a dialogue with their audience while enjoying the scenic beach areas and all that the island has to offer.

The LIFF has also announced that submissions are open for the “Write by the Beach” program. This program is a writers’ retreat for female screenwriters and filmmakers. This program offers selected screenwriters the opportunity to spend a week in a beach house prior to the 2018 Festival to foster their creativity on whatever project they are currently working. Use the scenery and atmosphere of the beach to help your creativity flow with this program!

Eligible female writers must have at least one credit as primary screenwriter on a produced short or feature film. Priority will be given to those writers currently working on feature-length screenplays in the selection process. Additional information may be required, such as writing samples, film or equivalent writing credits and a brief synopsis of your current writing project.

To submit films to the LIFF, you can enter them through Filmfreeway.com or Withoutabox.com by Feb. 23. There is an early bird special discount for early submissions sent in by Jan. 26. The late deadline for submissions is March 16.

The Lighthouse International Film Festival is a nonprofit organization that is dedicated to showcasing diverse, dynamic storytelling, with a focus on unique voices.