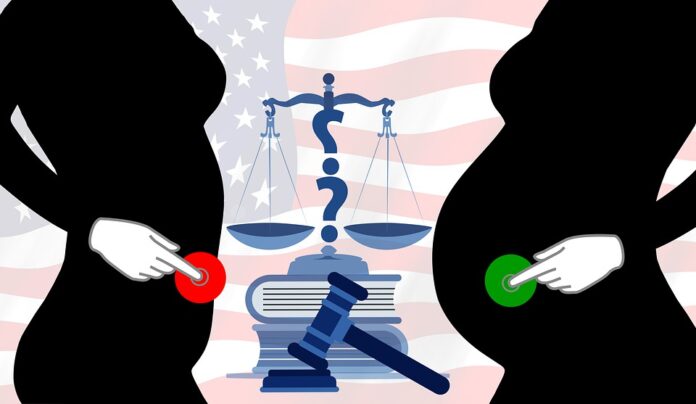 Could a ban on abortion really happen? Some say that it’s far-fetched, but some say it’s closer to reality than we ever believed. I mentioned in a previous editorial that this is a topic that will go back and forth forever.

The Supreme Court’s Dobbs decision said that there is no federal right to an abortion granted by the Constitution. Some believe this allowed states to make the decision to legalize it or ban it. This is true, but that statement intentionally leaves out a very important detail: Federal laws overpower state laws. That means if Congress decides to ban abortion across the country, that would become the law of the land. If Congress decides to allow it across the country, that becomes law. A state couldn’t change that.

In this election, our members of the House of Representatives are on the ballot. The readership of newspapers served by Micromedia Publications cover the 2nd and 4th Congressional districts. I felt it was appropriate to list the candidates’ opinions. I took these statements from their websites.

Jefferson Van Drew (R-2nd): “The integrity of the Court and its decision to overturn Roe vs. Wade must be respected, and we must come together to reject the latest attempts by those who disagree with today’s decision to abolish or pack the Supreme Court. The Supreme Court made the right decision to return this issue to the states so they can create their own laws regarding abortion. Here in New Jersey, we must continue to speak out and fight against Governor Murphy’s radical policies that call for taxpayer funded partial birth abortions.”

Tim Alexander (Democrat challenger, 2nd District): “It is a sad day in America. This decision by an extremist faction of justices is unconscionable. The outright rejection of precedent and disregard for the Fourth and Ninth Amendments’ protection of unenumerated rights is appalling. It is not the place of our government to interfere with anyone’s control over their body. This decision will cost women their lives. Congress must take immediate action to protect women’s reproductive rights, and to stave off future attacks on our other rights that are now vulnerable.”

Chris Smith (R-4th): “For decades – right up to this very moment – abortion advocates have gone to extraordinary lengths to ignore, trivialize, and cover up the battered baby victim,” said Rep. Smith. “Today, at long last, Justice Alito writing for the majority of the U.S. Supreme Court has reversed Roe (and Casey) and has returned the power to lawmakers to significantly regulate or even prohibit abortion.”

Matt Jenkins (Democrat challenger, 4th District): “The GOP is looking to control and subjugate half the population. It is time to codify Roe into federal law for the safety of all women across this country. We are all equal under the law. Equality is only achieved through the freedom to control our own bodies, lives, and futures. Birth control is health care. Affordable access to birth control is a right, not a privilege. Healthcare is a decision between a patient and their doctor. The government has no business in the exam room.”

In addition to these above statements, I would encourage you to look into what some of this language really means. What is a “partial birth abortion,” for example? It’s a political term – not a medical term – dating back 40 years. It would take chapters to explain it here.

You also need to look into the details of any potential ban. Most allow abortions in case of rape or incest. Some bans allow it if the pregnancy could hurt or kill the mother.

For example, Smith proposed a bill that would ban abortion after 20 weeks, because that’s when he said a fetus can feel pain. Abortion would still be allowed under this bill in the case of rape, incest, or danger to the mother (although there’s some further requirements defining rape).

If we continue with the idea that states make the decision regarding access, it’s generally believed that New Jersey is so blue, abortion will be legal here forever. However, Gov. Phil Murphy only won by a slim margin in 2021, indicating that the state is getting redder (or maybe that Murphy is just unlikable). Regardless, it wouldn’t be a stretch to assume that our next governor is a Republican.

I get the feeling that a lot of Republicans in New Jersey don’t vote in gubernatorial polls because they figure their vote won’t matter.

The 2021 GOP candidate, Jack Ciattarelli, polled better the farther right his rhetoric was. So, if 2025’s GOP candidate is an ultra conservative candidate, they could excite enough of the red-blooded New Jerseyans and bring them to the polls.

State lawmakers are overwhelmingly Dem, but again, that could change.

My point is that abortion is on the ballot even if it’s not expressly spoken. The midterm elections tend to be based on how popular the president is, but abortion rights might be the undercurrent that changes things. 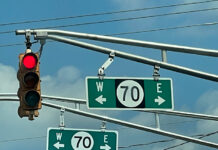