Who should decide if your food is healthy? Do you think that the Food & Drug Administration should? Reason I ask is because this year, the FDA is going to become more involved in considering what “healthy” means. They will also have input about the claims that food companies make.

On the surface, this sounds absolutely reasonable. The “FDA” name itself implies that it should have some say about food, but I’ve noticed their track record and it’s awful. Have you noticed that their interventions to fortify food don’t work that well? When they fortify cereal with folic acid, that’s a synthetic form of vitamin B9. When they fortify milk with calcium, it’s not a very good form and can cause stomach upset.

Furthermore, I think that an agency that’s in charge of drugs, should not simultaneously be in charge of food! Unless perhaps you want to look forward to Prozac Popsicles and Requip Rice Krispies!

If it wasn’t so sad, it would be hilarious! Scott Gottlieb, who is the Commissioner of the Food and Drug Administration, was speaking at the CNBC Healthy Returns Conference in New York a few days ago, and he looks like a nice, reasonable guy. I wish I could get a meeting with him! I’d tell him that his prior attempts to help out with obesity are failing pathetically. His changes to the food industry intended to reduce the incidence of heart disease, diabetes and chronic illness aren’t working. They won’t ever work… not until his agency stops the genetic modification of our food and the spraying of it with hundreds of hormone-disrupting pesticides.

Why don’t you start prioritizing that, hmm?!

The FDA’s intention is noble, but do we want to let the same people who sanction margarine dictate what’s “healthy” now?!

They’re working towards making food manufacturers create an icon or symbol on all their labeling in order to meet new definitions of “healthy.”  But food makers cheat, not all of them, but for sure some of them are failing to disclose additives, MSG and bug parts. The industry is not the most ethical sort, and I some will just stamp the new icon on their labels without doing anything to make it “healthier.” And you’ll pay more for the pretty (but meaningless) badge on the label. As the expression goes, “You can’t put lipstick on a pig.”

If you sense my frustration it’s because I’ve worked very hard my entire life, not just to purchase real food, but to cook authentically healthy meals, the kind that automatically come with nutrition. No icon needed!

If you want “healthy” food, don’t look for boxes with an icon! Shop around the perimeter of the grocery store or go to a Farmer’s Market and buy organic when possible. Don’t rip open a box that has an ingredient list of 45 things you can’t even pronounce, and then shove it in the oven just because some agency stuck an icon it. 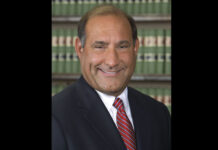 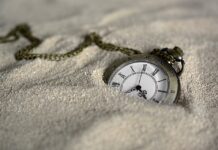