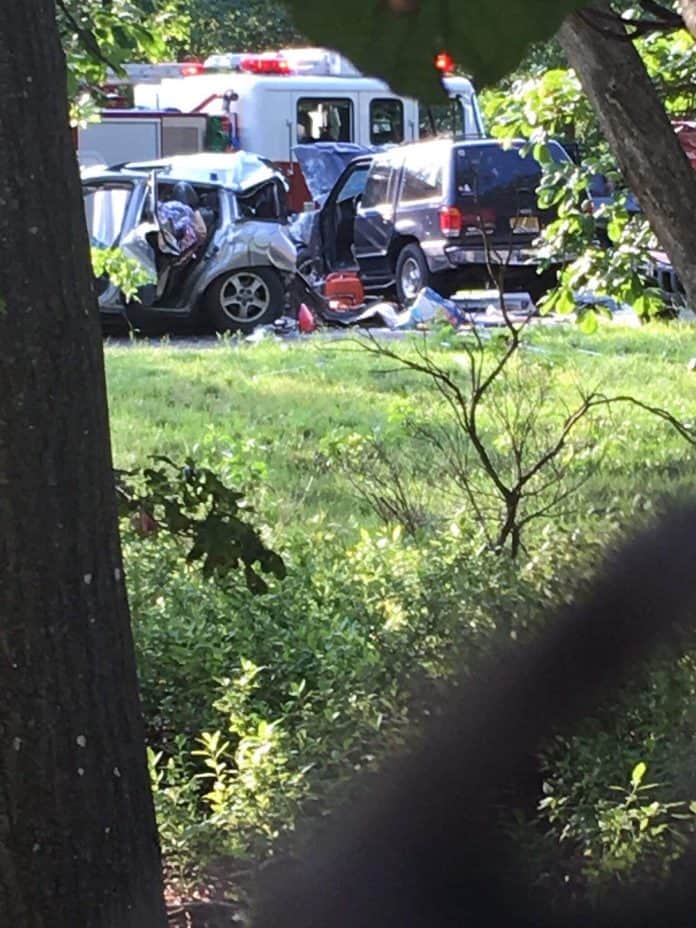 BRICK – A major motor vehicle accident on the Garden State Parkway has left one person dead and at least three others injured.

New Jersey State Police confirm the three vehicle crash took place on the northbound side of the Parkway near mile marker 93.3 at around 5:22 p.m. Saturday.

The three injured are in critical condition and were taken to Jersey Shore University Medical Center in Neptune.

The police have not released the identity of those involved.

The cause is under investigation.

As a result of the accident and police activity, traffic was backed up for several miles.

We are working to confirm that information and will update our story when we have new details.