MT. HOLLY – A local resident whose body was found behind a convenience store was allegedly killed by someone he knew, police said.

Sean Reynolds, 31, of Brick, had been stabbed multiple times on the night of September 6, police said.

Investigators learned that Reynolds was at Wynn’s house earlier that evening.

A youth had discovered Reynolds’ body on September 7 behind Millerie’s Market & Deli at the corner of Rancocas Road and King Street.

The motive has yet to be revealed, according to a release by Burlington County Prosecutor Scott Coffina and Mount Holly Township Police Chief Richard Spitler. 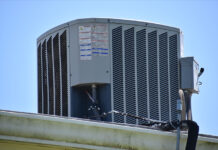