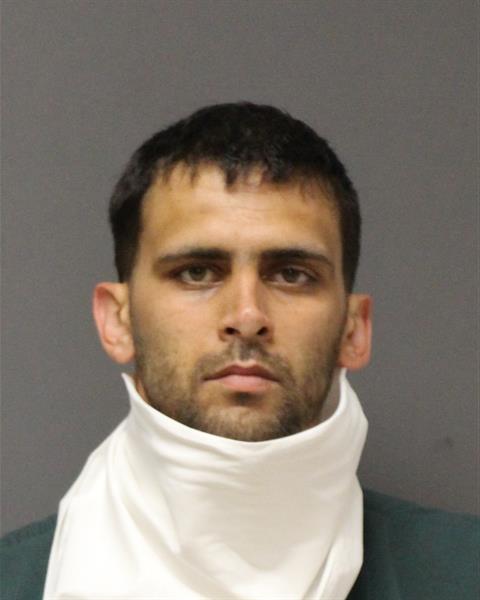 BRICK – Police said they caught a burglar in an area where there had been several smash and grab burglaries into businesses.

The Added Touch Florist on Cedar Bridge Avenue had been the latest victim on the night of May 21. Street Crimes Detective Ryan Talty had set up surveillance in the area in response to the burglaries.

An alarm went off from glass breaking, and the officer said he observed a man run from the area toward the Cedar Garden Apartments and enter one of them.

That man was later identified as Ryan Dautorio, 30, of Forked River. Officers surveilled the apartment and processed the scene of the burglary. It was determined that a landscaping rock was used to smash the front glass door.

Toms River Police K-9 Handler Martucci and his K-9 partner Cyrus conducted a K-9 track that led from the florist to the apartment.

Dautorio was arrested and stolen items were recovered. He was charged with four counts of Burglary, three counts of theft, and four counts of Criminal Mischief. The charges included two (2) burglary incidents at the Country Sudser Car wash and one at Mr. Tire, which are both located on Cedar Bridge Ave. The investigation is ongoing. Charges are merely accusations until proven in court.