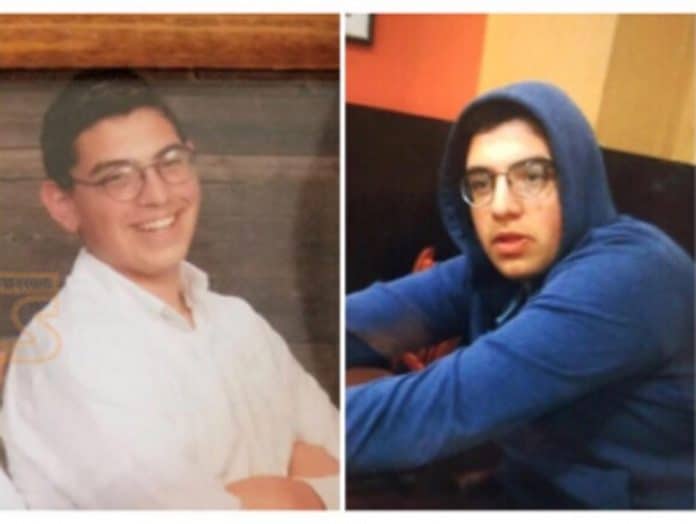 No word on how he got there or why.

Police thank everyone who searched for him.

No other details have been released.

LAKEWOOD – A large scale search is underway in Lakewood Township for a young man who hasn’t been seen or heard from since Saturday.

Fliers were distributed in town with his picture and description.

The Lakewood Police, Lakewood Civilian Safety Watch, members of Chaverim, the Ocean County Sheriff’s Department and the New Jersey State Police are all our looking for him as well as hundreds of concerned relatives and neighbors in the town. 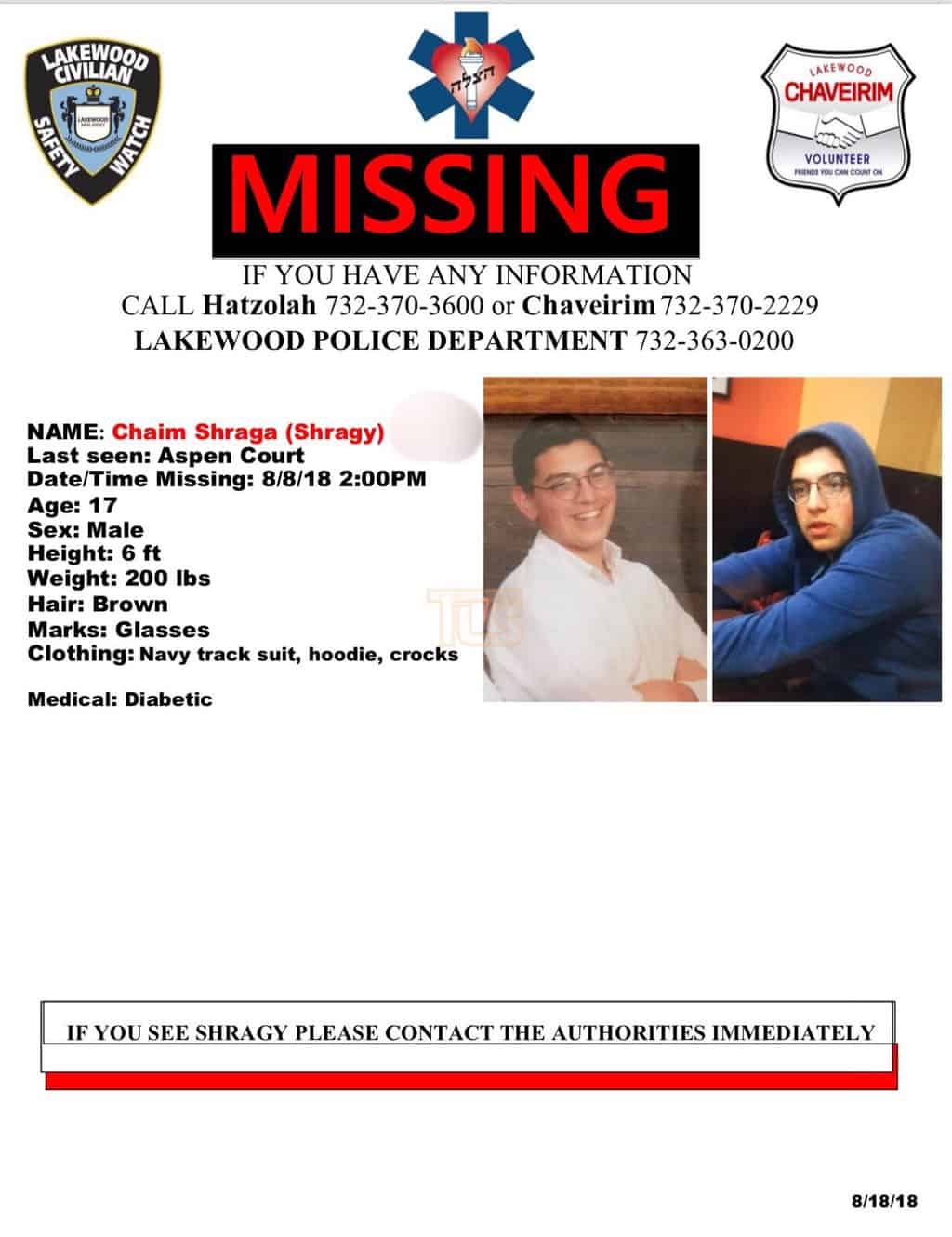 The Lakewood Scoop reported that a water rescue team was called in to join the search as a precaution. They also say Shraga is in “dire need” for diabetes medication.

The search has involved police on foot, helicopters, drones and people canvassing the streets.

Shraga is described as 6 feet tall weighing about 200 pounds, with brown hair, brown eyes and wears glasses. He was last seen wearing a navy blue track suit, a hoodie and Crocs.

Police asked anyone with information about his whereabout to call them at 732-363-0200.