BRICK – It took five Board of Adjustment meetings spread out over five months, but in a narrow vote held on March 22, the board members denied an application for a Wawa gas station and convenience store and a drive-through restaurant for the corner of Duquesne Blvd. and Route 70.

The case was in front of the Board because a use variance was needed since only three of the five lots in the 4.97-acre parcel are in a business zone. One parcel is in a residential zone and one is in an office/professional zone.

The vote was held after nearly four hours of public comment, mostly from nearby Lake Riviera residents who would be most impacted by the 24/7 commercial development of Wawa convenience store and its gas station.

After the professionals had finished presenting the application at the March 8 Board of Adjustment meeting, several members of the public got the chance to speak at the end of that meeting.

Board Chair Harvey Langer added the March 22 meeting to hear the remainder of public comment and for the board to vote.

Residents brought up many concerns about the application, including increased traffic problems that could result from a planned entrance into the complex from North Lake Blvd.

Edward Trainor was one of the Lake Riviera residents who suggested eliminating the Duquesne Blvd. entrance into the site entirely.

He said the left turn off Route 70 West onto Duquesne Blvd. would back up onto thru lanes for cars trying to get into what he said would be a “very active site.”

Bob Auriemma said that food and gas delivery trucks can weigh up to 80,000 pounds and would be traveling through the residential neighborhood.

“Neighborhood roads were not built for that kind of traffic or these weights. Tractor trailers would be using North Lake Shore Drive to get to the Wawa,” he said.

The planned quick service restaurant (QSR) could be a Panera Bread location, which is something that Adele Greenberger said she has never seen on the same site as a Wawa.

“Why would Wawa want that direct competition? I have a feeling it won’t be a Panera Bread, that it will be something we really don’t want,” she said. “I don’t like the secrecy or whatever, a QSR makes no sense.”

Madeline Iannarone asked if nearby home values would be affected by the commercial development.

Board Attorney John Miller said the job of the Board of Adjustment is to hear facts and testimony about the application, analyze those facts and make a decision.

“They have no jurisdiction over property values, assessments, etc. It is not within the Board’s authority or jurisdiction,” he said.

Iannarone said residents had not gotten clear answers on how often gas would be delivered, how often garbage would be picked up, what the QSR would be, how the traffic rules on the site would be enforced and more.

“It’s a danger to the residents of this town, you need to look out for us,” she said.

Not everyone was opposed to the Wawa complex. Katie Vicente said a planned third lane in front of the site on Route 70 would help the traffic there.

“I don’t see a problem with it. I understand people don’t want their homes impacted but Brick is growing all the time,” she said.

Victor Finamore said he understood that local residents did not want the increased traffic in their neighborhood but said the Wawa and QSR would bring job opportunities to township residents.

He suggested making the Route 70 entrance into the complex larger, and eliminating the Duquesne Blvd. entrance for patrons, but to create a dirt or stone access area there for the use of emergency vehicles only.

The developer, Paramount Realty and Riviera Realty, now has two choices: they could appeal the Board’s decision to the County Superior Court, or they could come back before the Board of Adjustment with a substantially different application.

After the meeting, the applicant’s attorney John Jackson said the decision was a disappointment and his client would be sorting out their options.

“Right now we’re regrouping, we’re looking at different options because this is an important piece of property for my client,” he said.

“The people in that neighborhood showed a lot of unity and we respect the Board’s decision, that’s how the process is supposed to work,” Jackson said.

A super-majority vote of five out of seven Board members was needed since the application included the use variance.

Board members Langer, Carl Anderson, Stephen Leitner and Dawn Marie White voted in favor of the application, while David Chadwick, Mike Jamnick and Louis Sorrentino voted against it.

Pine Terrace Roadwork To Be Done In Brick 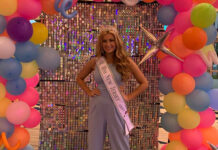