BRICK – There will be no side entrance to the Wawa/Panera Bread shopping plaza off Duquesne Boulevard since the Board of Adjustment overwhelmingly rejected an application for the new driveway at their recent meeting.

This is the second time the landlord, Paramount Realty, has made the request for an additional driveway into the site. They were able to reapply after making a substantial change to the original plan, which would have moved the driveway back about 100 feet towards North Lake Shore Drive.

The shopping plaza is located at the intersection of Route 70 and Duquesne Blvd. North Lake Shore Drive funnels onto and merges with Duquesne near the shopping plaza, resulting in traffic jams on a regular basis.

The Board first rejected the driveway back in 2018 during the original application, which requested the side entrance with full ingress and egress from all directions.

At the beginning of the recent Board of Adjustment meeting, Paramount’s attorney John Jackson said his client was once again asking for “full movement,” allowing left turns and right turns entering and exiting off the proposed driveway.

Paramount hired traffic engineer Nicholas Verderese, who said that there would be traffic improvements at Route 70 intersection because vehicles would be able to turn into the site and avoid the intersection.

“The reason, all along, for this driveway was essentially twofold,” Verderese said. “One was ease of access for vehicles traveling westbound, that they could turn onto Duquesne…additionally, it opens up the project for ease of access from the residential neighborhood.”

He said the driveway is important to the tenants (Wawa and Panera Bread) who project a 30 percent increase in business if there was a side entrance. He said only people living in the Lake Riviera neighborhood would make the right turn out of the complex.

“I’m concerned that people will be going into that neighborhood and getting lost…then trying to make a U-turn,” he said.

A traffic consultant hired by the Board of Adjustment, John Jahr, said traffic regularly backs all the way back to North Lake Shore Drive from Route 70.

“It’s quite congested in that area,” he said. “What happens when you add traffic to that poorly functioning intersection?”

Jahr said he understands why the shopping center tenants want the driveway, “but on a larger scale, what will happen? The intersection already has conflicts that are a challenge.”

Verderese said that traffic would mostly be coming into the site. He said they would request timing changes to the light from the State, which controls Route 70 and said “we would be taking more drops out of the glass than we’re putting in.”

Jahr said the existing intersection is not operating efficiently. “Without a doubt, there will be an increase in traffic,” he said. “You’re not offering any other improvements except for a timing change… the intersection is in dire need of geometric changes.”

After getting comments from board members and professionals, about two hours into the meeting, Jackson said he spoke to his client by phone who authorized that the application be changed to ingress-only.

A number of Lake Riviera residents spoke during public comment. Ted Fielder said that Paramount was “taking another bit of an apple that previously denied this driveway.”

He said that the intersection is completely full and that he and many of his neighbors take roundabout routes to access Route 70 just to avoid the Duquesne Blvd. intersection.

Diane Dowlen said the Board had already made a decision on the driveway in 2018. “This is a backdoor attempt to supersede the original decision…no residents want this access,” she said. “It would be a nightmare if it was approved.”

The application failed to pass when only one Board member voted in favor of the new ingress-only driveway.

During the same Board of Adjustment meeting, a second application made by Paramount Realty to subdivide the property was on the agenda.

Jackson said dividing the property would make it easier for the two ownerships if they wanted to sell their businesses separately. He said it would help with administrative issues, such as mail and utilities for the two businesses.

All Board members but one approved the subdivision. 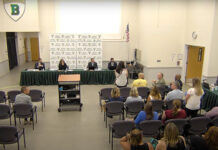 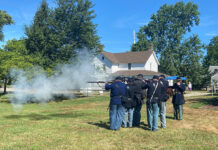 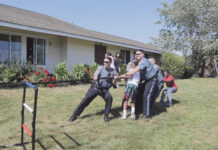 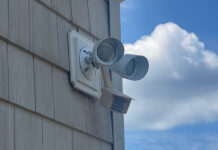 Town To Ban Lights That Are Too Bright