BRICK – Five more properties have been added to the Abandoned Properties list, which was established to address vacant properties in Brick that have become an eyesore and a health risk to surrounding homes.

Two of the properties are on the barrier island: 308 Sloop Lane and 221 Squan Beach Drive. Another is a waterfront home in Shore Acres – 30 Halsey Drive. 314 Alden Street is off Church Road near Drum Point Road, and 506 Nebraska Avenue is a few doors away from Colorado Park.

The Abandoned Property ordinance establishes the criteria for determining whether or not a property is legally abandoned, and then places that property on a list with details for owners on how to have their property removed from the list.

The administration’s goal is to remove as many of these properties as possible from the registry, whether by rehabilitation, property sale or by a new occupancy, with demolition as a last resort.

According to Township Business Administrator Joanne Bergin, the five homes were heard before the Property Maintenance Board over the last two years.

“For a house to get to the Property Maintenance Board, there has been significant effort by the township to work with whoever is listed as the owner – the bank, an LLC, a person – and say what is your plan for this property, because neighbors have run out of patience a lot, living next to basically abandoned houses,” she said during a recent council meeting.

308 Sloop Lane was heard by the board in July of 2018, and orders were issued to secure the property for safety and other necessary work, Bergin said in an email after the council meeting.

“The owner did not comply with those orders and the case was heard again on December 19, 2018,” she wrote. “None of the repairs were done nor was documentation provided that the items were even repairable.”

The Property Maintenance Board was concerned with the structural integrity of the house and requested certification that it was sound since it had been empty for five years.

With no action from the homeowner, the board issued a demolition order, Bergin said.

The Squan Beach Drive house was also heard by the board with no action and is in default of the board’s order, Bergin said.

The Halsey Drive home came before the board three times from November of 2017 until December of 2018. The board found the owners to be in default of their orders, and with a failing bulkhead and resulting sinkholes in the property’s backyard, the site presents a safety issue, she said.

“The township considers them all a priority, and are moving forward with all of them with equal measure,” Bergin wrote in the email. “The neighbors living next to these properties are counting on us to hold the responsible party accountable for maintaining them.”

Five years is too long to be living next to a property that is neglected, unsightly, unsafe and falling apart, Bergin said.

The township is in the process of receiving bids from qualified demolition contractors for the work, the business administrator said.

Once a contract has been awarded, the responsible parties would have another opportunity to be heard.

Afterwards, if the council approves, the demolitions would commence and liens would be placed on the property to recoup associated demolition costs.

She called the planned demolitions “the worst-case scenario” because it would be best if the people responsible take care of their own properties.

“If the homes need to be demolished, it makes much more sense for the owner to do that, as we are obligated to pay New Jersey prevailing wage rates which are higher than the costs paid by non-governmental entities,” Bergin said.

If the township proceeds to demolition, it is only because there has been no “legitimate actions” taken by the responsible party, she said. “That’s unacceptable and why we are moving forward,” Bergin said. 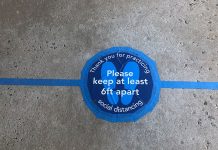 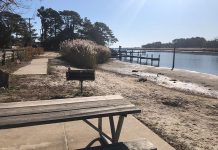 Two Parks Remain To Be Renovated In Brick