BRICK – It won’t be long until residents of Parkway Pines will be driving on smoother and drier roads since the governing body awarded a $301,579 bid for roadway improvements there to Meco, Inc. of Clarksburg, NJ.

Brick’s Division of Purchasing and Contracting received seven bids for the project, which ranged from the winning bid up to $497,315.

Parkway Pines is located in the northern section of town, two miles west of Herbertsville near the Howell border.

The council also approved some bulkhead improvements and replacements in various locations throughout the town. The $418,800 bid was awarded to marine contractors R. Kremer and Son of Brick.

The town’s Division of Purchasing and Contracting received four bids ranging from the winning bid up to $1,137,117.

These events would not be taking place due to the coronavirus pandemic.

“Those things didn’t happen this year, but the accomplishment is still an awesome accomplishment,” Mayor Ducey said. “These kids have been mainly playing together since they were about eight years old.”

Last year the team made it to the state finals.

And finally, the governing body congratulated the retirement of tax collector Joanne Lambusta who has been a township employee for 36 years, starting in 1984.

“I did have the opportunity to give Joanne Lambusta a Key to the Town as well as a Proclamation naming October 5, 2020 Joanne Lambusta Day here in Brick Township,” the mayor said.

Usually, Lambusta would have been honored during a council meeting, but the meetings have been virtual due to the public health crisis.

After working for several years in the tax collector’s office, Lambusta was promoted to Brick Township Tax Collector in 1989. 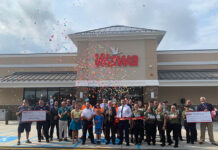 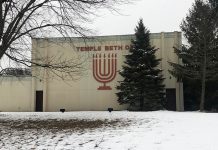