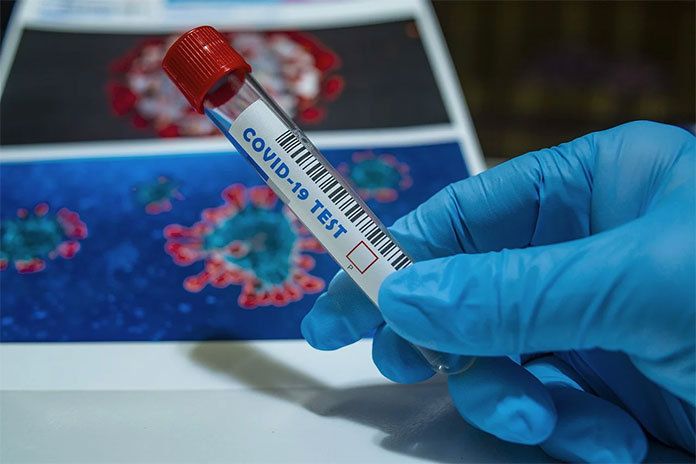 BRICK – Free COVID-19 testing will be available for township residents through a partnership with Ridgewood Diagnostic Laboratories, who have a self-contained mobile unit.

The mobile unit will be in place on six dates in December at Brick Beach 3 because it is easy to drive into and out of the parking lot there, said Mayor John G. Ducey during a recent Township Council meeting.

The mayor said he hoped to have the testing set up at the more centralized Drum Point sports complex, but the police did a study and decided to use the Brick 3 parking lot because of safety and because of its size.

There will be two lines and two tents set up, so the medical professionals will be able to test about 100 people in an eight-hour day. People will not have to get out of their cars while they’re being tested, which will be done through the car’s open window, the mayor said.

Anyone who tests positive would be notified within 24 hours, he added.

“Some of the kids in the high school were testing positive and were waiting for test [results] for six or seven days – nine days in some circumstances that I heard about,” he said.

There is no copay, but the lab will accept insurance. People without insurance will still be tested and the lab is going to bill the cost through the federal money.

Mayor Ducey said he has received numerous calls and emails from residents who were asking about free testing.

“I always had to tell them we don’t have it available,” he said.

The administration asked Ocean County officials if Brick could make free testing available, but Ducey said he was told if they provided the service for Brick, every township in the county would want it.

“So we figured out another way to have this free testing available for our residents who want it,” he said.

After the meeting, Township Business Administrator Joanne Bergin said CARES Act funding would provide reimbursement to labs that offer the no-cost coronavirus tests. She said the mayor has been trying for some time to partner with a lab to offer testing to Brick residents.

The township then reached out to Ridgewood Labs to discuss a partnership, she said.

The CARES Act was signed into law on Friday, March 27, 2020 as part of a $2 trillion economic relief package. Through its Coronavirus Relief Fund, the CARES Act provides for payments to state, local and tribal governments navigating the impact of the COVID-19 outbreak.

Appointments can be made for the free testing through an electronic device or online, but they are not required, Ducey said. To schedule an appointment visit caregps.us/reg/brick.aspx

The next council meeting will be on Tuesday, December 22 at 7 p.m. For Zoom details, visit the township webpage.