Micucci is joining the Lakewood BlueClaws as manager after serving as the Coordinator of Organization Instruction with the Seattle Mariners.

“We are very excited to welcome Mike to the BlueClaws and the Jersey Shore,” said BlueClaws Team President Joe Ricciutti. “The BlueClaws look forward to working with the staff as we embark on another great season at FirstEnergy Park.”

Micucci spent the last three years with the Seattle Mariners, as Field Coordinator for two years and Coordinator of Organization Instruction for one. Before that he spent four seasons in the Angels system, including three as the Field Coordinator. He has previous managerial experience with Arkansas (Double-A, Angels), Frisco (Double-A, Rangers), Clinton (A, Rangers), and Spokane (Short-Season, Rangers).

Micucci was drafted out of Montclair State in the 51st round of the 1994 draft. He played in the Cubs minor league system for six years.

BlueClaws’ new pitching coach, Matt Hockenberry spent the previous year as the pitching coach for the GCL Phillies West. Hockenberry was drafted out of Temple by the Phillies in the ninth round of the 2014 draft. He went 12-5 with 28 saves and a 3.38 ERA in 131 professional games. With the BlueClaws in 2015, Hockenberry had a 2.24 ERA and 19 saves, the third most in team history.

Christian Marrero served as the hitting coach last year in his first season as a coach in Williamsport. He spent 12 seasons as a minor league player including his final two in the Phillies organization. He also played in the Braves, White Sox, and Pirates organizations through 2017.

Adam Godwin spent last year as an assistant coach with Bradenton in the Hi-A Florida State League. He played professionally from 2005 through 2014, reaching as high as Double-A Chattanooga Dodgers organization.

Kris Terrian is entering his third season in the organization after making his Phillies debut with Williamsport in 2017. Terrian spent the previous year as the minor league assistant athletic trainer in the Red Sox organization.

Peditto is joining the BlueClaws from Williamsport. This will be his second year in the organization.

Prior to new manager Micucci, Marty Malloy managed the BlueClaws for the last two seasons, leading the team to the SAL Championship. 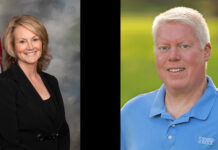