OCEAN GATE – School and police officials will continue to investigate an incident involving a student bringing an Airsoft gun to school Tuesday.

School superintendent Frank B. Vanalesti told Jersey Shore Online because there is an ongoing investigation, and because it’s a disciplinary issue involving a student, he could say very little specifically.

“Our students are, and have been, safe. They’re very, very safe at this time,” Vanalesti said. A teacher alerted the school resource officer, who quickly sprung into action. Four officers were at the school when Vanalesti arrived yesterday.

“They took appropriate, very quick steps. Within 35 minutes, it was pretty much done,” he said. Officials spent most of yesterday afternoon investigating. A recorded phone message from the superintendent went out to parents last night.

Airsoft guns, invented in Japan in the 1970s, use plastic projectiles, not metal or lead BBs as is used in BB guns. They are often used in recreational war games.

“Regarding realism, Airsoft guns are most certainly unmatched. It can be challenging to distinguish an Airsoft gun from an actual firearm, especially if the orange flash hider is removed. Airsoft guns tend to focus heavily on aesthetics in an attempt to resemble their real steel counterparts as closely as possible,” according to Airsoftstation.com. 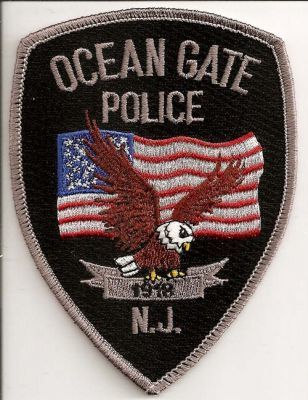 Vanalesti said the district could not respond as to whether the child brought the Airsoft gun to school in retaliation to bullying, as has been alleged on local social media pages.

“Some parents, based on their own experiences, will put things on social media that are not factual,” he said. “It is based on rumor.”

Although he believes the incident has been blown out of proportion – he reads the social media posts – he said the district does not take this situation lightly.

“We took absolutely the steps necessary. It’s great that we do have police right here, in a small town, they’re within not even minutes to get here,” Vanalesti said.

The officers did not put the school on lockdown, after assessing the situation. They felt their actions were swift and appropriate.

“There was no need to disrupt any further. They felt the children were safe, monitoring the situation. It was reasonable under the circumstances because they reacted so quickly,” Vanalesti said.

“We do take these situations seriously, because they can be more serious. We act as if they are, which is why we do reach out to the police department and we take those steps,” he added.