BERKELEY – A deaf resident told the governing body that it is unsafe for him to walk on the sidewalk and cross roads because of the speeders in his neighborhood.

Dominic Figaro said at the most recent Township Council meeting that he wears a yellow, reflective vest while walking around Bananier Drive. The drivers are speeding so much that it is unsafe.

“I can’t hear them coming,” he said through an interpreter.

“We’d have to have a cop on every corner to stop it,” she said. “It’s impossible.”

The residents say it’s not them doing the speeders, but it is, she added. 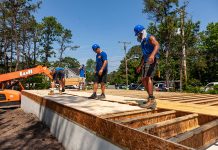 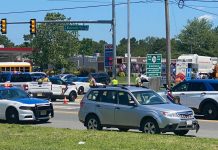