SOUTH TOMS RIVER – The body of a homeless man who fell into the Toms River while apparently intoxicated was pulled out by law enforcement officials.

According to the Ocean County Prosecutor’s Office, 51-year-old Edward Kosar had been seen drinking alcohol earlier in the day and was seen stumbling on surveillance video. Eyewitnesses at the scene say Kosar lost his balance and fell into the river around 2:48 p.m. Thursday, November 2nd. They immediately phoned 911. Several local units were dispatched.

Kosar’s body was found floating face-down in the water, with help from an Ocean County Sheriff’s Department drone. 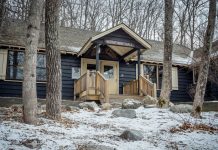