SOUTH TOMS RIVER – The eventual development of 390 homes and a hotel became a political conflict as the mayor refused to sign off on an affordable housing settlement agreement.

The project will build condos behind the Wawa that was built recently on Route 530. Mayor Gregory Handshy, a Democrat, refused to sign the contract on the deal. The Republican-led Borough Council passed a resolution that allowed the council president or business administrator to sign instead. So the deal went through after all.

Handshy opposed the density of the construction, having hundreds of homes emptying onto an intersection that is already struggling with traffic. He estimated that at least 700 more vehicles will be going through that area a day – just for the homes. Add in the hotel and it would be even more.

Housing developments near major arteries like the Garden State Parkway and Route 530 tend to get commuters living there. They would likely jump on those main roads and head to places where there are more jobs. You can hear the roar of the Parkway from the Wawa parking lot. However, critics have pointed out that the Parkway is already backed up at peak times.

The agreement that would be signed came from a settlement with the Fair Share Housing Center. This is a legal nonprofit that focuses on affordable housing. The New Jersey Supreme Court decided many years ago that all towns must set aside a portion of housing for those of low to moderate income.

South Toms River and the developer would agree to an additional 30 affordable housing units.

Another issue that the mayor had with the project is that the borough won’t be making money off of it right away. Usually, towns want to bring in ratables – big properties that can be taxed. This project has a PILOT program, which stands for Payment In Lieu Of Taxes. Deals like this are often done when a developer won’t recoup their investment for some time. The developer will be paying money to the borough instead of taxes on the property. In this case, it will start with 10 percent of gross income for the first six years and will increase over a total of 30 years. At 30 years, they will be paying full taxes on it, but no back taxes.

“I don’t see us making any money off it,” Handshy said.

Handshy put out a press release stating his opposition toward it. The statement had quotes from Democrats who are seeking spots on the council, Jameal Calhoun and George Rutzler.

Councilman Sandford Ross Jr. and Council President Edward Murray, both Republicans, are seeking re-election. They disagreed with the mayor’s opposition.

Ross said it’s a strong project for the town. There are a lot of projects that are coming down the pike but South Toms River needs to welcome in the business to do it.

One other project in the future would be the redevelopment of the abandoned yacht sales on Route 166. This would become a destination restaurant with a new yacht sales business and a small group of condos, he said.

With the 30 affordable housing units being built with this project, it takes care of two-thirds of what the borough is obligated by law to build, he added.

“If you look at the data, the housing in our town is mostly affordable. I know we could have done better in negotiating our affordable housing obligations. This is a bad deal,” Handshy said.

The plan for this development has been in the works since at least 2017. The hotel is described as a 100-room extended stay hotel. Locals had been concerned about the hotel as well. Since South Toms River isn’t a destination like Seaside or Long Beach Island, they worried who would be renting the rooms, particularly in the winter.

The difference between a hotel and an extended stay hotel is that the extended stay caters to people who travel for business, or specific functions. For example, professionals are needed to come to the area for the decommissioning of the Oyster Creek Generating Station. Also, Central Regional School District is hosting events at their campus.

The plans for the property have not yet been finalized. They would have to go before the State Department of Environmental Protection and the Pinelands Commission for approval. 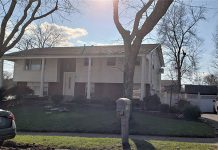 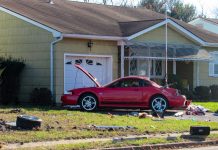