BERKELEY – Usually there are plenty of places to sit at Berkeley Township Council meetings. That was not the case recently.

Seats and parking spaces were hard to find at the Oct. 22 meeting. Dozens of senior citizens packed the council room to protest additional tax assessments some had received after improvements were made to their homes.

Apparently what brought them there were robocalls announcing that their taxes were going to go up, specifically due to added assessment issues. Township officials later clarified that the change is going townwide, not just in the senior developments.

Officials will hold two meetings in November, one in Holiday Heights and one in Holiday City South, to specifically discuss the additional assessment issue, he mayor said.

Township tax assessor Eric L. Zanetti will be at both meetings to speak with residents, the mayor said.

Additional assessments are new structures, or additions, or alterations of an old structure, completed after Jan. 1 and before Oct. 1, Zanetti said in an email to The Berkeley Times.

“If the value, when completed, is greater than the assessed value placed on the structure on Oct. 1 of the pretax years, an added assessment based on the difference must be made,” he said.

“If the value when completed is greater than the assessed value of the previous year…an added assessment based on the difference must be made,” Zanetti said. “The added assessment is pro-rated on the number of full months remaining in the tax year. This way, the property which becomes assessable after Oct. 1 does not avoid its fair share of the tax burden for the rest of the year.”

This would apply to 767 homes out of approximately 26,500 properties in the township, he said. About 350 of these are in the senior communities. Of these, only about 200 would be considered “substantial” improvements to the structure.

Township officials emphasized that they have no control over what the tax assessor does with any particular properties, since the tax assessor’s office is under the jurisdiction of the county.

Appeals are still an option for homeowners who are unhappy with their added assessments. The Township Council approved a plan at the Oct. 22 meeting to allow residents to pay their additional taxes via a payment plan.

“So you don’t have to pay that big chunk all at once,” the mayor said.

The tax assessor tries to keep home values as close to market values as possible.

Although some audience members demanded a revaluation of the township at the meeting, the county orders revaluations, not municipalities, Zanetti said.

There is no need for a revaluation in Berkeley, because the town’s properties are at about 94 percent of the fair market value, he said.

A revaluation is usually ordered when a town’s assessments are around 85 percent of that value for a consistent period of time. 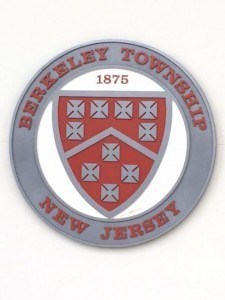 “Our ratio is 94 percent, primarily because of the added assessment process,” Zanetti said. “It staves off a reval because picking up the value brings the next sale closer to market.”

Do additional assessments apply to people who recently purchased their properties and weren’t aware that any improvements had been made?

The answer is yes, Zanetti said.

“Caveat emptor, buyer beware,” he said. “Buyers must do their own due diligence through the professionals they hire. They should all ask the right questions to the right people.”

The professionals include real estate agents, attorneys, title and mortgage companies, he said.

And if you think not taking out a permit will help you avoid an eventual added assessment, that is not the case, Zanetti said.

“The thought in this community is “don’t get a permit,” but not getting permits does not absolve you from the added assessment,” Zanetti said. “It only makes it difficult to police and will drive us to reval sooner. Aside from the law, there are far more reasons to get a permit than just to avoid an added assessment.”