BERKELEY – Police and township officials are ramping up their “See Something-Say Something” campaign in the wake of major drug arrests on April 29 in a Holiday City South home.

“This will be in addition to the Berkeley Township Police Department “Tip Line,” Police Chief Karin T. DiMichele said. “It should be noted that the tip line has proved positive, as concerned citizens have alerted police which has led to multiple investigations and arrests.”

In fact, it was Berkeley residents’ tips that led to the arrest of five persons, four of whom listed their address as a Wojtyla Court home – the home where the arrests took place – for possession and distribution of a “large” quantity of crack cocaine on April 29, the chief said. Drug paraphernalia and a substantial amount of cash was also found by the SWAT team.

“This operation was the direct result of concerned citizens relaying their concerns to police…” the police department’s Facebook page says.

The Wojtyla Drive house was owned by the mother of Michelle Lanzieri, one of the women arrested in the drug bust, Chief DiMichele said.

“No neighborhood is immune,” the chief said. “The country and state as a whole are in the grips of an opioid epidemic that shows no discretion for age, gender, race or economic status.

“Our township and our senior communities are still safe and are great places to live,” DiMichele said.

The bottom line is, if you live in a senior village and see something unusual going on, notify the police.

“The people living here are the best sources for the police department,” said Township Councilwoman Judith Noonan, who is an official in the Senior Coalition in the township. “Many seniors are aware of what is going on in their neighborhoods. We all know who should be in our neighborhoods and who shouldn’t. If you see someone who looks suspect or a situation that just doesn’t look right, please report it to the police.”

Noonan said anyone who owns or rents a home in one of the senior villages is required to fill out a form listing who is living in their home. The renters must sign also, she said.

“As long as they are a certain age, we can’t say no,” Noonan said.

Drug dealers often use homes in senior communities because they offer anonymity in quiet neighborhoods and a false sense of security, according to Berkeley detectives.

Police called the Wojtyla Court home a “major supplier” of narcotics in Berkeley.

The “See Something – Say Something” campaign consists of signs placed throughout the town, postings on billboards, web sites, social media and notifications on Nixle.

“Berkeley Township is 42 square miles with 42,000 residents. Every resident can assist by being the eyes and ears of our community. So if you see something, say something,” Mayor Carmen Amato said. “I want to thank Councilman James J. Byrnes for suggesting we begin to promote the campaign.”

Residents can report a tip anonymously. To notify the police department of any suspicious activity, please call 732-341-1132, ext. 611.

“Stay vigilant,” Ocean County Prosecutor Bradley Billhimer told nbc.philadelphia.com after the arrests. “Make sure you look out your windows. Make sure you check on your neighbors. And make sure you know who’s living there.”

There are roughly 21,000 residents in total in the senior communities in Berkeley, said Noonan, who has lived in Holiday City South for 18 years. 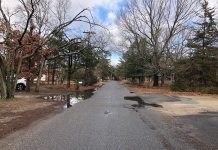 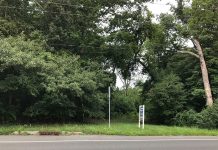 Condos To Be Built By Ocean Gate Border 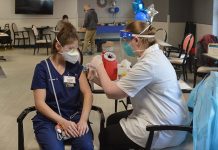