SOUTH TOMS RIVER – Residents packed the South Toms River courtroom to voice their concerns over a 360-unit condo building they felt the 3,684-resident town does not need.

Mayor Oscar Cradle began the recent Township Council meeting by addressing some negative chatter that had been circulating on town-related social media pages about the proposed development.

“Those postings have been – I don’t want to say outright lies – but they’re not the whole truth,” he said.

The 3-story, 24-unit condominium building and Wawa on Chamberlain Street and Dover Road is being developed by ED Design Services through a PILOT program, meaning the developer will pay South Toms River an annual payment in lieu of property taxes. The benefit lies in the fact that while property taxes tend to vary year to year based on market conditions, payments under a PILOT program are generally more stable because they are based on a percentage of the project’s annual revenue.

“PILOTs always generate more revenue than the current property generates, and they help reduce the property tax burden on all the taxpayers by generating new revenue that otherwise did not exist,” said Kostecki.

Mayor Cradle added that he and the council is trying to generate new ratables in town. “If we do nothing, we’re going to end up having the same amount of money coming in and a lot more going out. Because of that, what will happen is we’ll decrease services to the town.”

After Kostecki and Cradle discussed the project, they opened the meeting up to a public hearing and allowed residents to voice their comments and concerns before the first reading of an ordinance to adopt the redevelopment plan.

Longtime residents, such as Robert Taylor, were quick to share their disagreement about the project.

“I don’t think anybody really understood it. He said a lot real quick,” Taylor said, referring to Kostecki’s explanation of the PILOT program.

Traffic and overcrowding was also a concern among residents, especially when it comes to schools, even though officials said the development would add only 12 children to South Toms River Elementary School.

On the other hand, the borough has a resident advisory board that has been very involved in the project. After a study was done to show the area was clear for redevelopment, a conceptual was brought to the board for review. Citizen members made suggestions, such as moving some buildings back a few feet to create a stronger barrier, which the developer has since incorporated into the plan. Kostecki said that after the last council meeting, seven more residents signed up to join the board. As new members join, they are able to go back into the community and share what’s going on with the project, which is a good thing, since Cradle says he doesn’t want people to have to rely on Facebook to get their information.

He also pointed out that there’s still a long road ahead before any ground is broken.

“We’re at the beginning of this process. There will be numerous meetings between now and when we negotiate with the developer what money will be coming into South Toms River,” said Cradle.

The redevelopment plan still needs to be sent over to the Pinelands Commission. Although they have already provided the borough with some early feedback, it could take another 2-3 months for them just to review the plan before setting up their own public comment session for residents. That might take the project out until August or September.

The developer, ED Design Services, is involved in quite a few projects in the area.

A public hearing on the redevelopment plan will be held at the Township Council meeting, held on June 26 at 7 p.m. at the municipal building. 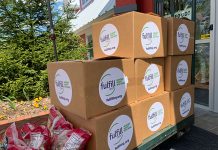