BERKELEY – The Township Council introduced an ordinance that would ban hunting near homes.

The new ordinance would ban the use of an unsheathed shotgun, loaded firearm, or nocked arrow within 450 feet of any inhabited building in town.

The old ordinance only banned hunting within 1,000 feet of parks and recreation. Now, this was changed to 450 feet. The change updates Berkeley’s laws to match the state laws, business administrator John Camera said.

The administration had received several calls from residents regarding hunting in close proximity to their homes, Camera said.

The Township Council’s legislative committee and attorney met to settle on 450 feet from public facilities, schools, and homes.

The second reading of this ordinance, after which it would be voted upon, is expected at the Township Council’s Sept. 25 meeting, held at 6 p.m. at the municipal building at 627 Pinewald-Keswick Road. 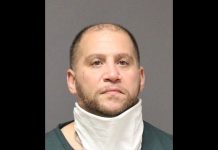 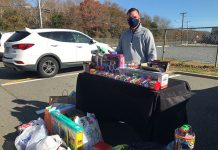 More Families In Need; But Fortunately More People Are Giving