BERKELEY – Berkeley Township showed its Celtic pride on March 8, as the Irish flag was raised in honor of St. Patrick.

Noonan were present for the flag raising. Amato read from a proclamation during the event, which was presented to President of the Ancient Order of Hibernians, Russ Steenweg Sr.

Also in attendance were members of the Irish-American community and former members of the AOH, including Rich Ryan, Jack Brennan, Timothy Lynch and Jim Lowney.

The special event was accented by special bagpipe music, courtesy of Michael MacAleavey. 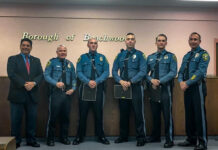 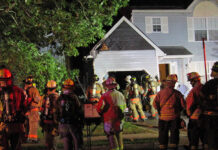 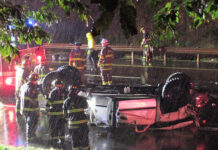