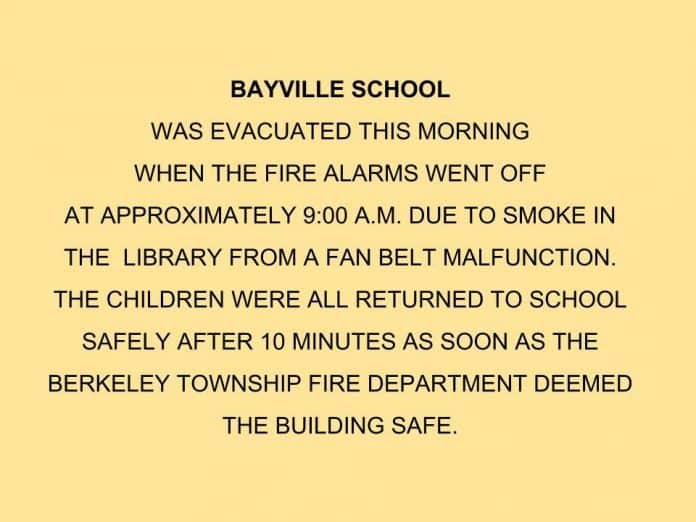 BERKELEY – School district officials announced that the Bayville School was evacuated at around 9 a.m. this morning.

A fan belt malfunctioned in the library, creating smoke and setting off the fire alarms, according to an announcement from the district.

The students were out of the building for about 10 minutes while firefighters deemed the building was safe. No injuries were reported.