BEACHWOOD – Rides. Music. Food. Services. There were a lot of options packed into a recent afternoon at this year’s Beachwood Community Day.

Hundreds of people made their way to Birch and Surf Park for the afternoon-long event. There was also the occasional dog happily greeting everyone. Inflatables, like a rock wall and the slide from the fire department could be seen from the road. The county’s portable bandstand was set up, with a band playing rock and alternative music. The Knights of Columbus were grilling, alongside other vendors serving up kettle corn, ice cream and other feel-good food.

The weather had been questionable during the days leading up to it. Hot and humid, threatening rain. But on the day of the event, the sky was clear and the temperature was warm with a nice breeze.

Laura and Rich Lawton, of Beachwood, said the kids in their family liked meeting the Paw Patrol characters walking around. Also, “the bouncy houses and the slides and of course the ice cream truck.” The grown-ups in the family took advantage of the free health screening.

They were with some of the little ones in the family, Peyton Powers and Leigha Short, who were playing with balloon swords while waiting for their turn to get face painting.

A section of the park was set aside for tables where organizations and shops could meet people. Community groups like the historical society, the Civil Air Patrol, Ocean Ride and the Municipal Alliance neighbored crafters selling their wares and small businesses mingling with customers.

Boy and Girl Scout troops set up tables near each other to recruit and to share information about how scouting can help a child grow.

“It’s extremely efficient” for the scouts to have a booth at a place like this, said C.J. Comstock, a local Cubmaster.  “The scouts encompass a large age group (5-18) and you get a range of ages of people coming to the event who are thinking of joining.”

Officers with the Beachwood-Pine Beach Little League were using the time to meet future players and their families, as well as touch base with existing members, President Harry Yunek said.

“This is very important for us,” he said. Although they are available online and their phone numbers are listed, “Parents would rather ask questions face-to-face.”

In fact, in the middle of the interview with a reporter from The Berkeley Times, a parent stopped by, dropped off her check, and asked some questions.

Michele Rutkowski with the Beachwood Recreation Commission said the people at the tables do well. Some vendors had moved half of their stock within a few hours.

She was at a table telling people about upcoming events, such as the free movies at the park (The next one is “Honey, I Shrunk The Kids” on Sept. 6 at Mayo Park).

It’s a great way to get the word out about the good things Beachwood has going on, she said, noting how people come from other towns to come here because they know the event offers a little bit of everything. 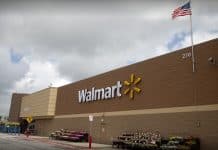 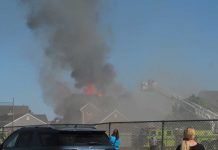