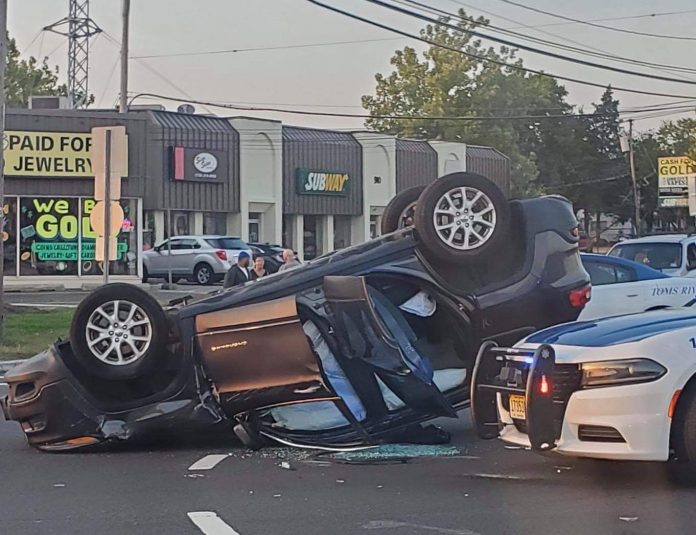 TOMS RIVER – Police are investigating an accident that overturned a vehicle at the intersection of Route 37 and Hooper Ave yesterday.

On October 1, at approximately 6:05 p.m., police responded to Route 37 and Hooper Ave for reports of a motor vehicle crash with an overturned vehicle.

According to police, 27-year old Melissa Hernandez of Toms River was stopped at the traffic light and then continued through the red light into the intersection. As she attempted to drive through the intersection, her Jeep was T-boned by a Volkswagen Jetta that was driving northbound on Hooper Ave with the green signal.

The impact from the crash overturned Hernandez’s vehicle and sent the Jetta into two vehicles that were stopped at the light.

“We are very happy to report that due to all occupants of the four involved vehicles wearing their seatbelts, and the airbags deploying in the first two vehicles, there were no serious injuries in this accident,” stated Jillian Messina of the TRPD.

The driver of the Jetta refused treatment at the scene and later went to Community Medical Center for minor complaints of pain.

Water Mains To Be Replaced In Toms River Neighborhood