TOMS RIVER – Township police made two arrests for the distribution of drugs from motels in Toms River and Seaside Park.

Two search warrants were executed on separate rooms at the motel which led to the seizure of 31 grams of cocaine, 29 grams of crack cocaine, 112 wax folds of heroin and other paraphernalia items utilized to distribute and manufacture narcotics.

Among those arrested were Kasiem Davis, 46 of Monclair, and Arlene McKevitt 40 of Seaside Park.

Officers also discovered that a room at the Desert Palm Inn in Seaside Park was involved. A search of this room led to the seizure of 12 additional grams of crack cocaine and 40 wax folds of heroin. Officers also seized a total of $4,452.00 pending forfeiture.

McKevitt was charged with possession of drug Paraphernalia. Both Davis and McKevitt were sent to Ocean County Jail pending first appearance court dates.

In the last several months, the Motel 6 has experienced a high level of call volume and narcotics activity resulting in numerous police responses. Those with information regarding criminal activity at the establishment are urged to contact the Police. 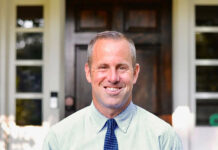 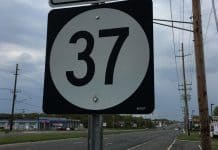