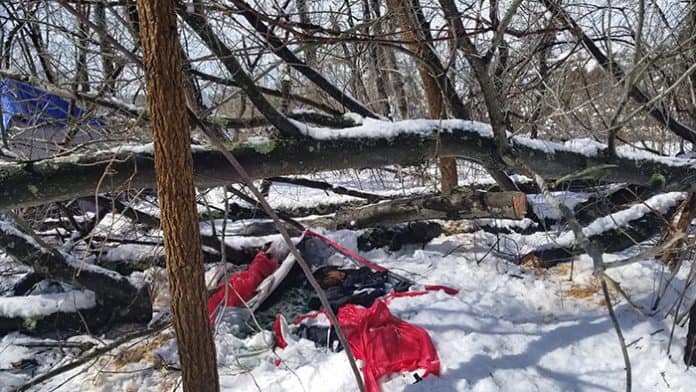 TOMS RIVER – A man living at a camp in the woods was injured when a large tree came down on Wednesday night.

Ryan Payne, 40, was trying to get shelter during the snow storm Wednesday night when the tree came down, police said. He was alert and conscious upon police arrival.

He had been living at the camp site, west of the Toms River Park and Ride, for about four months, according to another camper. The tents had been donated by Toms River Community Church Pastor Robert Fuggi, police said.

Three other homeless people were transported to Haven “Beat the Streets” warming center located at the First Assembly of God Church on Bay Avenue.