TOMS RIVER – Township resident Gerard Ceraso has a number of caring family members and friends who are advocating for his health.

Donna Tissot is one of those people trying to bring awareness to Ceraso’s plight. Her signature line is a quote from Helen Keller which sates, “Alone we can do so little; together we can do so much.”

Tissot has been working very hard to find Ceraso a kidney donor. The 66-year-old retired court officer of 43 years needs a transplant desperately.

He had no specific condition that caused his kidney problems but suspects a ruptured appendix that he suffered several years ago might have led to his current status. His father died at the age of 42 of kidney failure and genetics may not be in his favor.

Ceraso described Tissot as being “wonderful” and doing everything possible to help find a new kidney.

His doctors told him back in 2008 that he was going into kidney failure and that he needed a transplant. He noted that he didn’t feel that bad at the time but that his ankles were swollen and he had some difficulty breathing.

He still needed a new kidney and two years later, his wife provided him one of hers. This allowed him to avoid the pain and discomfort of dialysis.

Ceraso called his wife his guardian angel. He had been able to receive a kidney from a living donor but in March of 2019, physicians discovered he would need to begin dialysis and once again the search was on to locate a new kidney.

Three times a week Ceraso undergoes treatments that last four hours per session. This has been going on for two years.

The effects of dialysis vary in their impact but they limit Ceraso in various degrees ranging from being robbing him of his ability to drive during those days of scheduled treatment to feeling weak and exhausted.

He has tried to keep his spirits up and is a big baseball and football fan. His favorite teams being the Yankees and Jets.

Tissot said that those who are considering donating a kidney should be aware that the procedure to become a donor is not as frightening as one might imagine. She urges people to get tested to see if they can be a viable candidate for the surgery.

She noted that those deemed suitable face a recovery time of around four-six weeks, according to mayoclinic.org.

Tissot uses the phrase “share your spare” adding that people can live with one kidney. “Sharing is caring, and you could be the person to save his life. Gerard needs a miracle to happen. Help him get his gift of life.”

Those who wish to help Ceraso and others who are on the waiting list for  a kidney transplant, visit the following links:

The living donor referral form: rwjbh.org/livingdonorreferralform (Tissort asks that you complete the referral form and indicate donor for Gerard Ceraso). 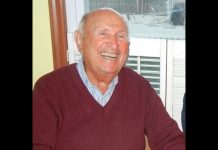 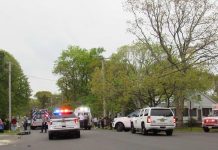