MANTOLOKING – Mantoloking Police are reporting that Barnegat Lane, which runs parallel to Route 35, between Bergen and Clayton is closed. Their official social media accounts offered no further details.

However, reports are surfacing of a police-involved shooting at that scene, where a sheriff’s department K-9 was allegedly injured. The K-9 was reportedly taken to a Monmouth County animal hospital for treatment, although the extent of the injuries remains unknown.

A suspect has reportedly been taken into custody.

A dispatcher with the Ocean County Sheriff’s Office said the Ocean County Prosecutor’s Office is handling the investigation. William Scharfenberg, interim office spokesperson for the OCPO, was not available for comment. 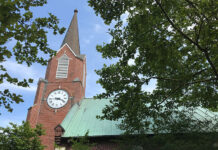