TOMS RIVER – A motorcyclist lost control of his vehicle and in a fatal incident Wednesday night, police said.

Christian Atehortua, 18, of Toms River, was riding near the intersection of Schenk’s Mill Line Road and Darren Street at approximately 8:10 p.m. on May 8, police reported.

EMS personnel arrived on scene, administered first aid, and called for a Medevac helicopter. He was brought to Jersey Shore University Medical Center but later succumbed to his injuries.

According to initial investigation, Atehortua was the only person involved in the accident when he lost control and was ejected from his motorcycle, police said. The accident is being investigated by Traffic Safety Officer Adam Koeppen. 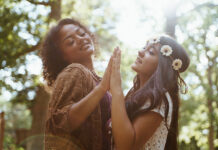