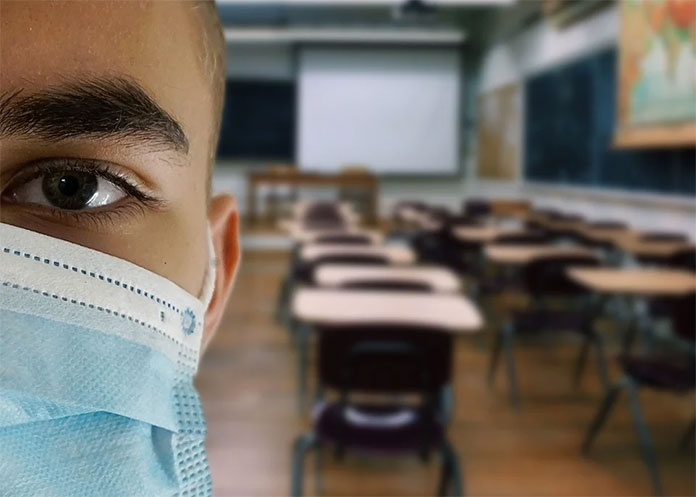 TOMS RIVER – A Board of Education meeting will be held tonight intended to solicit the public’s opinion on whether to reopen schools for in-person lessons.

Yesterday, Gov. Phil Murphy stated that school districts can open 100 percent virtually if they are not able to guarantee safety for students and staff.

The state had already released guidelines on in-person education. The administration would have to follow this to the letter.

A very long Toms River Board of Education meeting that started Wednesday night and carried on past midnight had school officials sharing their concerns over whether they could open safely.

Tonight’s meeting starts at 6 p.m. It is unclear if the district will make a decision about September tonight.

There has been a growing movement toward an entirely virtual school opening, even if it changes to a blended model or in-person later in the year.

Superintendent David Healy had previously said he predicted that there would be an all-virtual September. Toms River Shorebeat reported that 170 staff have said they won’t return to school, citing health concerns. The New Jersey Education Association has been pushing for virtual. Legislation is moving in the state to keep schools virtual until at least Nov. 1.

Currently, Toms River schools have been preparing for a blended model, allowing parents to choose whether they want virtual instruction or limited in-person.

Blended learning means that half the students will be in the buildings on Monday and Wednesday and then be virtual the other three days. The other half would be in the buildings Tuesday and Thursday and virtual the other days. There would be eight hours in school a week supplemented by virtual learning. As of right now, students with last names beginning with A-K will be Monday/Wednesday and L-Z will be Tuesday/Thursday. Children in the same household with different last names will be placed together.

Self contained special needs students will have four, four-hour days of in-person education and a virtual Friday.

Other private special needs schools throughout the state have either returned to in-person instruction or are preparing for it.

Since the guidelines and the pandemic keep changing, school officials had said they are prepared to do all virtual, all in-person, or blended depending on what is needed. They are prepared to offer any of those in September, but it is looking like parents will choose either virtual or blended. There are also plans to change this mid-year. If the virus gets worse, then the district is prepared to go 100 percent virtual. If it is deemed safe, the district is prepared to go 100 percent in-person.

Between the students taking shifts in the building, and the portion of students staying home entirely, there are expected to be fewer people in the buildings and busses so that social distancing is possible.

Some safety details include:

In a survey sent out earlier this year, half of the parents voted for a rotation where children learn virtually on Friday. Most of them also were comfortable with gyms and cafeterias being made into learning spaces. There were 28.2 percent of parents who said they would home school or choose virtual if their child were required to wear masks in common areas. There were 9,359 responses.

As the pandemic changes, information will be updated on TRSchools.com/community/tr-safe-return. Questions can be emailed to TRSafeReturn@TRSchools.com.