TRENTON – While most residents are abiding by the Executive Orders to stay home and not gather in groups, a relatively small percentage of the population met in protests throughout the weekend.

One of them was Kim Pagan of Toms River. According to the Attorney General’s office, she organized a protest at the State House in Trenton. She was arrested and charged by the New Jersey State Police with violating the emergency orders.

“Our police officers are working bravely and tirelessly every day to protect us during this health crisis. Regrettably, they are being called upon far too often to deal with people violating the emergency orders,” said Attorney General Gurbir S. Grewal. “Staying home and maintaining social distance isn’t just the best advice to stay healthy, it’s the law. Make no mistake, we will do everything in our power to keep our residents and officers safe, and that means we won’t hesitate to file charges against violators.”

“Law enforcement and medical professionals are on the frontlines of this battle to protect the citizens of New Jersey from the COVID-19 virus, and we cannot stress enough how important it is that each person follow the guidelines set forth in the Executive Order,” said Colonel Patrick Callahan, Superintendent of the New Jersey State Police. “Because lives are at stake, enforcement action will be taken without hesitation against those who are blatantly placing the lives of others at risk.”

Violations of the emergency orders constitute a disorderly persons offense carrying a potential sentence of up to six months in jail and a fine of up to $1,000. However, violators can potentially face criminal charges including second, third, and fourth degree indictable offenses.

Charges are merely accusations until the suspect is proven guilty in a court of law. 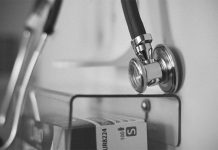