TOMS RIVER – If the ways liquor licenses are given out were changed, it could help revitalize certain areas, at least that’s the plan of a local councilman.

A pilot program to allow small business owners to open up bars and restaurants in the downtown area will help that location thrive, Councilman Daniel Rodrick said.

“My wife and I were up in Belmar for dinner a few nights ago and I couldn’t help but notice the massive amount of foot traffic,” he said. “As I watched people come and go, it got me thinking about what makes places like Belmar and Redbank so successful – and can we replicate that in Downtown Toms River?”

The Downtown area is in the beginning of a redevelopment process. The Red Carpet Inn was torn down. Two new large developments are currently proposed that would bring 560 apartments, 1060 parking spaces, and a restaurant.

“Licenses are rarely available and as a result, a secondary market has developed,” he said. “The average cost of a liquor license in New Jersey is now $350,000 dollars – and a license recently sold in up in Short Hills for over $1.2 million. This makes it impossible for start-ups because they don’t have the capital.”

Simply issuing more licenses won’t solve the downtown problem, he said. Because there’s no way to guarantee that they will be issued to businesses downtown.

The solution, he said, is to be able to issue non-transferable licenses with annual fees that are tied to locations designated “areas in need of redevelopment.”

“Redevelopment,” in this case, is a specific term in state law. Once something is called an area in need of development it changes the rules for how something can be developed. The municipality generally has more say in what gets built there.

This would solve the problem of opening up new establishments downtown, while still protecting the bars and restaurants in other parts of town, he said.

He said he reached out to Senate President Stephen Sweeney and Minority Leader Jon Bramnick to try to get the pilot program established because it could help other towns with areas in need of redevelopment – not just Toms River.

The area has a business improvement district called Downtown Toms River. Its executive director, Nick Zorojew, said the district would welcome this if it was to come to pass.

Legislation takes a lot of time, however, he said. There are other bills out there that are also trying to improve the way liquor licenses are handled.

In the meantime, the district will be working with the current laws to try to open up opportunities for microbreweries, distilleries, and also to attract existing restaurateurs to the downtown area, he said. 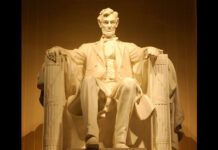 This Month In History: Celebrating Memorial Day, Monument To Lincoln