TOMS RIVER – At an age where most former coaches are content to watch highlights of their teams, Tom Westen continues to coach.

“I live basketball,” said Westen, 64, the first-year head coach of the Ocean County College women’s team. “I like teaching it. I love coaching it. I am still young enough. Rollie Massimino was 71 and still coaching. Jim Calhoun is still coaching. The old guys like Calhoun are still doing it. It was kind of a no-brainer when they (school officials) offered it to me.”

Turns out school officials did not have to look far to find a new coach.

The Vikings enjoyed success with Lamastra and Westen running the team.

In Lamastra’s second season as their head coach, the Vikings were 25-6 and placed seventh in the National Junior College Athletic Association Division III Tournament at Brookdale Community College in Middletown. They won the Region XIX Tournament to qualify for the event.

Westen has been around the block more than once.

He took Georgian Court’s Lions to a 79-39 record and was a two-time conference and district Coach of the Year. He led Donovan’s Griffins to a 12-12 record. Wall’s Crimson Knights were 63-127 in boys play under Westen and their girls team was 87-62. Mater Dei was 10-14 with Westen at the helm.

“I get up in the morning, walk on the boardwalk and get ready for practice,” said Westen, a graduate of the University of Rio Grande in Ohio. “It is kind of cool.”

The Vikings figure to sorely miss the graduated Courtney Hagaman. The former Manasquan player last year led NJCAA Divisions I, II and III (OCC competes in the latter group) in scoring, averaging 30.3 points per game. The Toms River resident was named a Division III third-team all-american. Hagaman, a guard, is a junior member of the Winthrop University team.

“I am hoping she can up her scoring average from last season,” Westen said. “She is our captain. I have convinced her to put her hands on the ball. She won’t have to worry about her teammates passing her the ball. She is our best player so moving her to point guard was a no-brainer on my part. She is an outside threat.

“Courtney drove to the basket. I want Sydney to take the ball to the hole if she can. I want her to shoot and score first and pass second.”

“We have two good inside players who I am kind of excited about,” Westen said. “They are very good options for Sydney. Jessica is very good around the basket. She has great hands and a nice, soft shooting touch. We need her to score inside. Lyanla rebounds, throws the outlet pass and runs the floor. I am excited about her. She can be very, very good. They will give us more size than we have ever had before.”

Another ex-Lakewood player who hopes to make a positive impact on the team is 5-foot freshman guard Ashely Vargas.

“She and Donaldson played together so that is a big plus,” Westen said. “They are used to each other. Vargas is our spark plug. She brings us a lot of energy and hustle. She is constantly on the go and constantly talking. She likes to play the game.”

“She is similar to her sister as she is always moving and always talking,” Westen said. “She could be our first guard off the bench.”

Natalie Wowkanyn, a 5-foot-10 sophomore out of Brick Memorial, gives the Vikings versatility.

“She can play either small forward or power forward,” Westen said. “She is trying to learn both positions. She is the glue we need. She is able to do a lot of different things. She knows we don’t need her as a scorer per se. She likes to play defense. She will help us on our three-quarter and half court presses. She is a very good athlete who will hold us all together.”

“Much like Natalie, she is learning the small forward and power forward positions,” Westen said. “She has size and runs the floor well.”

“She is an athlete who runs the floor,” Westen said. “She is helping us out. We needed bodies so we recruited her off the softball team. She is learning as she goes. You can tell she is an athlete.

“Victoria, who had never played basketball, made our team on her hustle. She is learning. She is really enjoying herself. As she learns the system, she will play better.”

OCC will have a diversified style of play.

“We want to mix it up,” Westen said. “We want to press, be able to move the chess pieces and give our opponents something to think about. We want to constantly change our defenses and our players are picking up on that concept. We want to run a transition offense before we get into our set offense.

“The players have picked up the two offenses we have installed. If we hold teams in the 50s, we should have enough offense to beat people. I really believe our inside game will surprise people as we did not have that last year.”

Westen is optimistic of success for the Vikings.

“Our goal is just to be competitive,” he said. “I think we will be OK. We can finish maybe third or fourth in our conference (the Garden State Athletic Conference) and still have a pretty good year. We lost 30 points per game with Courtney graduating and people know it. They may look past us and say, ‘You have a bunch of freshmen.’ We might sneak up on people.”

“She is a great addition for me,” Westen said. “We hit it off from day one. Because we have only nine players on the team, we do a lot of four-on-four and dummy stuff. Avery fills in and is still young enough to get up and down the court. I coached against her team when I was at Wall. We had only six girls on the team last season.”

“We want to have multi-sport athletes and for years OCC has done that,” he said. “We will take anyone if they are interested and want to keep playing basketball. Height is important, but it does not have to be.

“OCC is a well-kept secret. All OCC needs is dorms and it is a major college. I will stay in Ocean County for recruiting. Students can go here and work on their skills.” 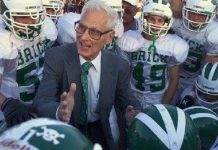