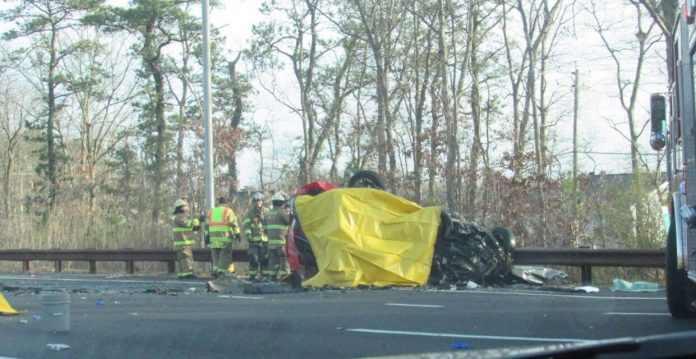 BARNEGAT – Two women who died on New Year’s Day in a wrong-way crash on the Garden State Parkway have been positively identified by authorities.

New Jersey State Police confirmed 25-year-old Emily Soc of Ewing Township and 61-year-old Colleen Roche of Barnegat died in the accident on the parkway near mile marker 68.1 in the northbound lanes on the morning of January 1.

Police said Soc was driving a Toyota southbound in the northbound lanes and struck the front of a Honda CRV driven by Roche, who was driving northbound.

The road was closed for several hours at the collision site.

Police told travelers to avoid that section of the Parkway on the northbound side for most of New Year’s Day.

Tricia Alex Cifelli, Roche’s daughter was among those who spoke about Roche on Facebook Saturday afternoon describing her mother as “an extremely wonderful person” who the world had lost.

The post said “There are so many things I wish I would have said to her and I wish she wasn’t coming to meet me half way down the roadway because she would still be alive.”

Police said the investigation into the crash is ongoing.

The road has been reopened to traffic.