The probable cause for the stops was established during a narcotics related investigation conducted earlier. A search of the individuals resulted in the seizure of quantities of heroin and related paraphernalia.

Those who may have information relating to the unlawful possession or distribution of controlled dangerous substances in the township are requested to contact the Little Egg Harbor Police Department’s Street Crimes Unit at 609-296-3666 Ext 178. All sources of information are kept strictly confidential. 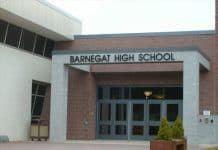