LACEY – Several bands played a free concert in William Hebrew Park with two goals: to have a family-friendly concert with friends and music lovers – and to raise money for animal charities.

Seven bands played from New Jersey, New York, and the Philadelphia area – punk, hardcore and metal. And if you judge the groups by their volume or their appearances, you might be surprised by the heart that they show.

It was a free show. Donations were suggested, and the money raised was split between two charities. Puppy City New York City (PuppyCityNYC.org) which is on a mission to save homeless, sick and dying animals was one. The other was Popcorn Park Zoo in Lacey (AHSCares.org), which takes in zoo animals that have been mistreated, abandoned or taken as pets at one time but were too exotic to be pets. Each received $510, said Jason Baluski, who organized the concert with his wife Toni and help from Ian Smith, the guitarist for one of the bands, Useless.

“Stomp Out Animal Abuse” featured the following bands: Side Pocket Louie, OC Rippers, Coffin Void, Useless, Tiki Torture, and Reinado. For one band, Trial by Terror, this was their first live show.

Because of social distancing due to the coronavirus, inside venues are unable to host concerts. However, studies show that COVID-19 has a harder time spreading outdoors.

Estimating the crowd, Jason Baluski said there were 120 wristbands, plus children, so it was a pretty good crowd.

There were a few complaints on Facebook regarding the noise, he said, but otherwise it was a very positive event. It was the first time they’d ever held an outdoor concert like this and they plan on doing another. 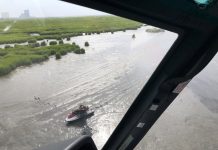 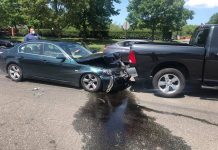 Injuries From Crash In Front Of Town Hall 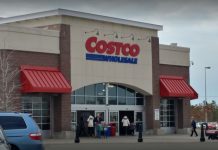