LACEY – Lacey Township Police are investigating a recent series of slashed tires that have occurred in the area of Pineview Road and Crestwood Road in Forked River, according to Police Chief Michael C. DiBella.

On May 20, police responded to the 2000 block of Pineview Road where it was reported that both drivers’ side tires were slashed on a vehicle, causing an estimated $150 in damage.

Police officials said that tires may have been damaged between 1 p.m. on May 19 and 2:50 p.m. on May 20. During this time overnight between May 19 and 20, a few other vehicles in the same area also experienced slashed tires, according to DiBella. 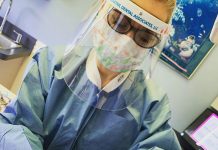