LACEY – Township officials spoke out in unison against the state laws legalizing recreational marijuana. However, they held off on passing a local law designed to prohibit the sale of marijuana in the community until the state laws get sorted out.

Mayor Peter Curatolo, who works for the Ocean County Board of Health, was a strong opponent of the legalization of recreational cannabis which was approved last November on a state ballot question. He doesn’t want to see it sold or grown in Lacey. “Those who want it can buy it elsewhere.”

Ocean County voters approved the measure in a two to one margin but laws which came afterwards to regulate underage marijuana by law enforcement have been strongly opposed by law enforcement, residents and local officials. The law restricted police from investigating those underage who are suspected of marijuana use.

The law was also criticized for including a penalty for police who perform such investigations making that a 3rd degree violation. Lawmakers recently walked back some of those regulations.

Township Attorney Christopher Connors, who also serves as 9th district senator, said he was present on the day that Trenton legislators moved to reverse Senate bill S3534, the legislation that had been approved earlier in the year. He said that there was more that needed to be done to reverse the bad law that handcuffed police from doing their jobs and put them in a vulnerable legal position.

He called the new legislation which now requires the notification of parents for their children’s underage use of marijuana, “window dressing by the governor that does not address issues of underage marijuana use. It is still a bad bill because there are no provisions regarding the requirement of notification as to how notification is to be made to parents.”

Senator Connors added, “there are still a lot of things lacking in the notification requirement under this bill. Police departments are going to be in a very precarious position because they can not detain a child under 18 years of age. They can not put them in a police car. They can not bring them to a police station. They can not detain them any longer than how long it takes to find who they are and if they are underage. To do so is a deprivation of civil rights subjecting that police officer to a third-degree crime which could lead to the loss of that police officer’s job.”

Connors said that even if the officer unintentionally detains an individual while verifying their age “longer than what might be necessary, it could be argued and that kid is set free and that police officer will lose his job. So, you can also expect more lawsuits. They cannot give consent to search. You have the possibility through the regulation of the state of the cannabis industry that the prices will increase over a period of time. The black market will then become more prominent.”

The mayor was promoting the township measure and called on his committee colleagues to support it and to prevent the sale and manufacture of marijuana in the township.

Deputy Mayor Nicholas Juliano said he wanted more time to study the issue while Committeeman Mark Dykoff said, “I know there is a lot of pending legislation. Last year when we passed a resolution against recreational marijuana, I thought we were jumping the gun. Until this is all ironed out, I don’t want to do anything.”

Committeeman Steven Kennis said, “I think this largely represents the (Governor) Phil Murphy agenda. I don’t agree that cops should be charged for investigating and that parents can’t be notified. They rushed this through so much there had to be changes. At the end of the day this wasn’t about decriminalizing (a position Governor Murphy had stated in his advocacy for the legalization of marijuana) it was about money.

“My feelings on it are that before we make any kind of decision, we need to know more. I have a real problem with police who are doing their job and making them criminals. I think we should put this whole thing on hold. I think it will be ironed out in the next couple weeks,” Committeeman Timothy McDonald said.

Committeeman McDonald added, “I don’t think anyone was happy with how that legislation (concerning underage marijuana enforcement) was written. We have a governor’s election in November. If it doesn’t get ironed out, we’ll have to address it down the road that’s all.”

“Let’s get the facts. Lacey Township went 63% to 36% for legalization of recreational marijuana. Had they known a law like this would have come out, there is no way that would have been passed. I think that is why there has been such a push back. I think they are going to try and straighten this mess out. If they had just decriminalized it would have been much better off,” McDonald added.

“This sends a really dangerous message to our youth. The Lacey Township Municipal Alliance unanimously voted as an organization to oppose the legalization of marijuana,” Scanlon said. She added the additional costs that the township may see with increased police and other related issues far outweigh any benefits the community might receive from the tax revenue of marijuana.

Committeeman Dykoff noted that municipalities would not see a lot of money from the taxation of legalized marijuana and that most of it would go to the state.

Catlow expressed concerns that “black market stores will emerge and will cause more cost to the town. We can’t go backwards.”

Chief DiBella, who has lived in the township for over 30 years, agreed. He said the impacts of the move could mean an increase in violent crime by youth. “I love Lacey Township. As a father I don’t want to see the retail sale of marijuana here.”

Peters recommended the governing body take action. “If you have the power to abolish it, let’s get rid of it.”

Kennis made the recommendation to table it for now. The measure is expected to be revisited soon. 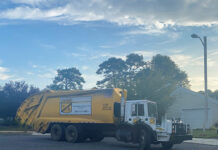 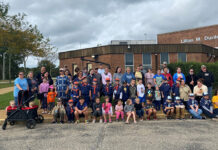