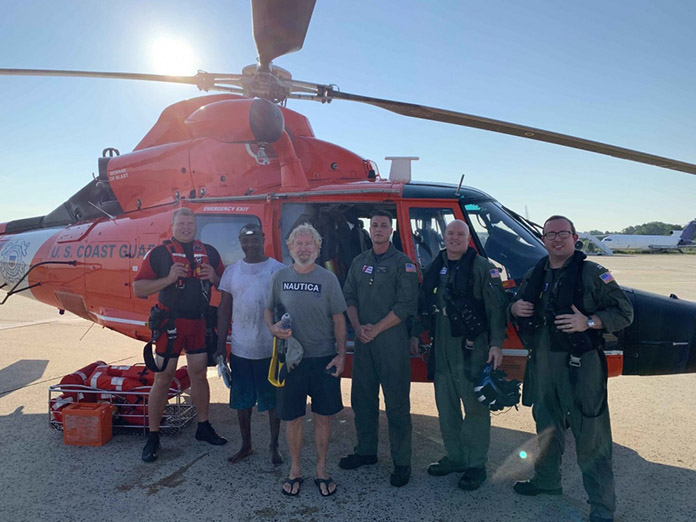 BARNEGAT LIGHT – Two men were rescued by members of the Coast Guard 33 miles east of Barnegat Light on July 27.

Watchstanders at Sector Delaware Bay were notified at 5:30 a.m. that a 68-foot fishing vessel had started to take on water and its crew was in need of assistance.

The two men informed the watchstanders that they had begun to make preparations to abandon ship into a life raft.

An Air Station Atlantic City MH-65 Dolphin helicopter aircrew was launched along with the cutter Angela McShan to assist the crew members of the sinking vessel.

The debris field was located and the crew was found nearby in their life raft after they set off a flare to highlight their position to Coast Guard crews.